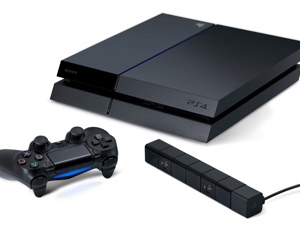 The next-generation console is leading the charge in console gaming, outselling Microsoft's Xbox One.

Sony’s next-generation console, the PlayStation 4, has sold 6 million units, according to a press release by the Japanese electronics giant, thanks to its much-anticipated Japanese launch.

Opening weekend brought in the majority of console sales in Japan, according to Famitsu. Consumers purchased 322,083 consoles in two days, more than triple the 88,443 PS3 units moved its opening weekend in November of 2006.

“I am absolutely delighted that PS4 is off to such a great start in Japan,â€ said Andrew
House, President and Group CEO of Sony Computer Entertainment Inc. “The responses we have received for the PS4 system’s integrated social capabilities have been phenomenal, and I couldn’t be more thrilled that gamers are utilizing these unique features to engage, share, play and connect with users around the world.”

Every launched PS4 came with a copy of Sony’s first-party platformer game “Knack for Free.” It may sound like a huge sales number, but Sony’s moved a lot more PS4 consoles on opening day in the US, with one million sales in 24 hours.

Sony also sold over 13 million of its 30 available software titles through retail channels as well as its online Playstation Store that provides digital downloads of the same titles.

With all this talk about Sony’s success, it’s too soon to count out the Xbox One out. Although the console’s being outsold two to one, Microsoft’s exclusive shooter Titanfall is scheduled to be released March 11 on Xbox One and PC and turn the tide of battle in the console wars.

The hotly anticipated title might not make up entirely for the widening chasm in sales, but it’ll most definitely close the gap between the two consoles. At least until Sony drops “Infamous: Second Son,” its exclusive action-adventure game, a week later.

Q&A: ‘A Raisin in the Sun’ Director Kenny Leon on Denzel, Tupac and the State of the American Dream