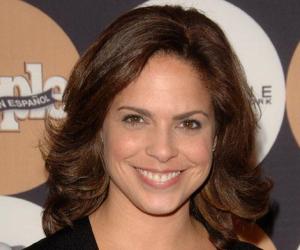 It’s been a few months since Soledad O’Brien left her post as anchor of CNN’s morning show, Starting Point, and she has hardly kicked her feet up.

On Wednesday, O’Brien announced she will join HBO’s “Real Sports” program as a reporter. Her first story will be about war veterans who use martial arts to help cope with post-traumatic stress disorder, the Associated Press reports.

“It’s exactly what I’ve been doing for a long time – telling stories about human beings and their struggles,” O’Brien told the AP.

Before penning the HBO deal, O’Brien began shooting new installments for her “Black In America” series, which has aired exclusively on CNN for the last few years. The HBO deal also gives the premium network a first look at projects done by O’Brien’s production company, Starfish Media Group.