So Who Is North Carolina Central Coach Levelle Moton, Anyway? 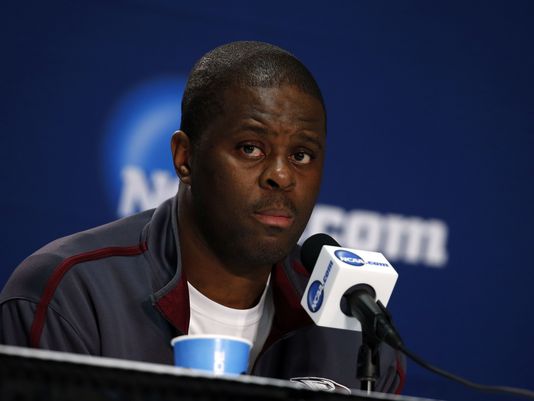 His personal story is a great one, and his team takes on Iowa State Friday.

“This squad is lockdown defensively — it ranks No. 5 in the nation in both effective field goal percentage and turnover rate, meaning it’s not only good at forcing the other team to commit turnovers, but it also manages to make the opposition take really bad shots when they don’t turn the ball over,” SB Nation wrote. “That’s impressive, against any league.”

Via The Shadow League:

Four years ago, former NC Central player and 1996 CIAA Player of the Year Levelle Moton gripped the reins of his alma mater’s basketball program with the same caution of a cook grabbing a bowl of hot grease. The program was in its infancy on the Division I level and Moton was a coaching novice in terms of experience. They’d won seven games in the two seasons prior when Moton was an assistant. This could have been the pinnacle, the nadir, beginning and the end of his collegiate head coaching career all at once.

His Friday night coaching counterpart’s name is on the lips of athletic directors and NBA general managers. Moton isn’t a marquee name on the scene yet, but his name and number have been on the speed dial for some of the top players in the NBA, college and prep hoops from his days hustlin’ with Jerry Stackhouse.

While most of the Class of 2009 recruits had already settled down with commitments to top-25 programs, a lean, heady young point guard with springs in his calves planned a recruiting trip to North Carolina Central. “I want to find out what a historically black school has to offer,” John Wall announced in late April 2009. “This is a visit to find out some things.”

Check out Coach Moton in action with the North Carolina Central Eagles in 2012: