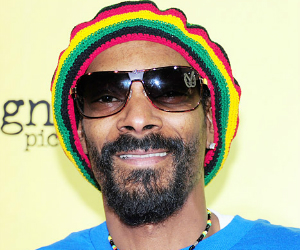 The ongoing debate over gun violence has fostered polarizing conversations across the nation. Over the past year, news sources have reported the stagnant political disputes about Second Amendment rights (bearing arms) to the U.S. Constitution and stricter background checks for gun buyers, while the current national issue of gun violence continues to trouble many Americans. In 2013, thousands of people marched on the one-year anniversaries of the Trayvon Martin murder in February and the Sandy Hook Elementary School shooting in mid-December to honor the victims.

According to the Children’s Defense Fund, homicide is the leading cause of death among 15 to 24-year-old African Americans.

Earlier this year, Snoop released the album and a documentary both titled Reincarnated under his new moniker Snoop Lion. The Reincarnated documentary marked his figurative journey and transition from Dogg to Lion, marking a positive, peaceful change as an artist and a person.

Dr. Robert “Bikoâ€ Baker, the Executive Director of the League of Young Voters, wrote an open letter to Snoop Lion to express his appreciation for Snoop’s positive change and stance in the Hip Hop industry to end gun violence and concern for American culture.

“Our culture of violence is leading America toward self-destruction,â€ Baker said.

Choosing Snoop Lion as the spokesman for the “No Guns Allowedâ€ national effort may seem like a conflicting choice for the League. The multi-platinum artist’s music is synonymous with the “take-no-nonsense aggression of Gangsta Rap.â€

As told to BlackEnterprise.com, Snoop notes that he is glad that his music has inspired a movement of peace.

“I’m glad that we’re still able to do some positive things because of the song and we plan to keep spreading the message of peace.â€

Snoop Lion, formerly known as Snoop Dogg, said, “Yes,â€ to the League of the Young Voters, because he believes in the work that the League is doing. “I like what the League of Young Voters is all about. They speak the language of today’s youth and they want to educate them about voting and that’s important.â€

The League of Young Voters is a national advocacy group that raises awareness and activism with young people of color, non-college youth, and low-income youth on political and social issues. Baker and Snoop Lion both advocate for the anti-violence “No Guns Allowedâ€ initiative.

“We are for common sense gun legislation and stopping the homicides that are taking place in our communities,â€ Baker says.

The League, as it is commonly known, is prioritizing contacting local and national policy makers to legislate in favor of the “No Guns Allowedâ€ movement. The League also boasts employing youth such as Brandon T. Jones from their BET panel discussion with Snoop Lion, T.I., Congresswoman Maxine Waters, Ryan Coogler and Melvyn Hayward, Jr., in June to speak with his representatives about his experiences with gun violence and the need for stricter gun legislation.

“It’s transforming the way people look at our community,â€ Baker counters, in response to a question on the importance of incorporating youth in the movement.

Sal Masekela Will Join NBC’s Coverage of the Sochi Olympics