SBA Releases it's Annual Review of Small Business Lending for 2012 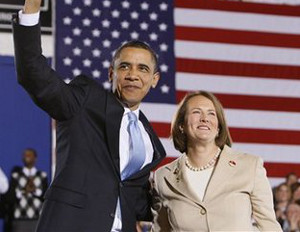 Published by The SBA Office of Advocacy, small businesses use this report to identify small business friendly lending institutions in their community, while banks use the information to analyze the competition in their market.

Small businesses tend to rely on traditionalÂ depository institutions for their credit needs.
Since the end of the recession in mid-2009, overallÂ lending conditions have improved for businesses, butÂ improvement has been slower for small firms.Â Nondepository
lenders such as credit unions, finance companies,Â and others have become increasingly important asÂ suppliers of credit to small firms.

– The largest lenders, with $50 billion or more in assets, are active in the C&I micro business lending market, where they represent 68.7 percent of small business loans.

– CRA-reporting institutions made a total of 3.3 million small business loans valued at $178.8 billion in 2011.

“While overall small business lending continues to decline, we are not seeing the sharp decline we saw in recent years. More importantly, the study shows an increase in the number of small business loans whichÂ  underscores the positive turn in our country’s economic landscape,” said Dr. Winslow Sargeant, Chief Counsel for Advocacy.