Kelis Collaborates With The Spice Suite For New Collaboration Box

Many Black professionals how found success in the food industry as they continue to thrive and create innovative brands. Five years ago, Howard University alum Angel Gregorio was inspired to open her own spice company after leaving her job as an assistant principal. Today, her company, The Spice Suite, has over 104 spice blends for cooking in addition to her own cookbook, The Little Black SpiceBook,  and now she is teaming up with singer Kelis for a new food collaboration.

Gregorio and Kelis, who owns a sauce line called Bounty & Full and also hosts the Netflix show Cooking With Cannabis, announced the partnership on their Instagram Together, they curated the new collaboration box. “Kelis found me on Instagram, we were DMing, and then we got on the call and just vibed,” Gregorio said in an interview with ESSENCE. “We talked through a collaboration box together, what we were going to put in it, we were going to do an Instagram live to announce it late June.”

“My tribe of customers have been relentless in their support of me and The Spice Suite,” Gregorio said. “Its been absolutely amazing. And fortunately, this is a time where everybody’s at home having to cook way more than they wanted to. They’re tired of making salmon the same old way. A lot of first-time customers tell me, ‘I’m really bored with this chicken and I need something to do, so what do you have?’”

Gregorio went on IG Live to talk about The CollabBox with Kelis while sharing their stories about growing their businesses, and how Black women can support one another. “You had a block full of Black women riding for you,” Kelis said of in the video. “That is the most beautiful, most empowering thing. The fact that we do support each other, we can support each other and we show up.” 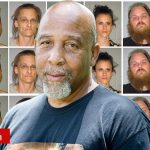 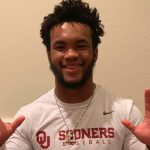