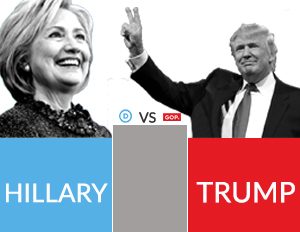 Yet, before the various news outlets confirm the tallies of the several battleground states, one of our major concerns as Americans should be creating more jobs in America. Â Moreover, as a “triple minorityâ€ #techie–a veteran, African American male, and LGBT member–I am highly focused on this subject, and how it affects tech inclusion.

During the first presidential debate, on September 26, at Hofstra University, moderated by Lester Holt of NBC, Hillary Clinton and Donald Trump both shared their platforms on creating jobs in America. Yet, it was unclear how tech inclusion–also known as diversity in tech–can effectively be accomplished.

The premise of this debate would be regarding access to affordable education options for those seeking to gain employment as digital architects. Â A digital architect includes software engineers, full stack developers, mobile applications developers and more within tech industry who have acquired the skill sets to create and deploy digital masterpieces.

According to the U.S. Bureau of Labor Statistics, only 5% of African Americans are employed within the field of software developers, applications, and systems software. Â Yes, this is extremely low considering African Americans account for over 13% of the 321,418,820 U.S. population. Â On the other hand, the bureau also reports that Latinos make up only 5.4% of same job type in the U.S. and represent 17.6% of the population.

Nathaniel J.: Hillary, how do we address the growing concerns of the lack of diversity in tech within the U.S.?

Hillary Clinton: We have to build an economy that works for everyone … I want us to invest in you and invest in your future.We also have to make the economy more fair…

Nathaniel J.: Really Donald!!??!! Yet, this cannot be the case, in regards to tech inclusion, when the U.S. tech workforce is comprised of the ‘majority’ and not the ‘minority.’

Mr. Trump, is that your final answer? Â Better yet let me read you a quote from Malcolm X. Â Brother Malcolm said:

“I for one believe that if you give people a thorough understanding of what confronts them and the basic causes that produce it, they’ll create their own program, and when the people create a program, you get action.â€

Hillary vs Trump: The Presidential Tech Inclusion Debate – Part 2Â only on BlackEnterprise.com.

These Companies Are Stepping Up To Talk About Social Issues