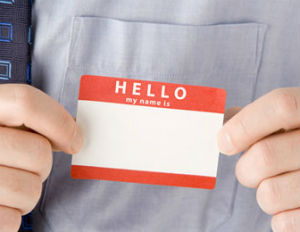 So you want to make more money? It may be time to shorten your name.

Using its 6 million members to analyze name-length and factors such as salary level, industry and location, the career site TheLadders says it behooves moms everywhere to shorten names — since its research says that not only is there a correlation between shorter names and higher salary, but additional letters to your name means a drop in annual salary to the tune of $3,600 per year.

“Doing a simple linear regression, it looks like every additional letter added to your name accounts for a $3,600 drop in annual salary. One exception is names with seven letters, like Stephen, but closer inspection showed that seven-letter names lend themselves to males over females, so it’s higher paid males over-indexing and inflating the seven-letter bucket.”