Shirley Sherrod: "I Will Definitely Pursue A Lawsuit"

Greeted with a standing ovation at the annual convention of the National Association of Black Journalists in San Diego this morning, former Agriculture Department employee Shirley Sherrod continues to emerge as a graceful, dedicated fighter for fairness, justice and accountability–and a person not to be underestimated. In only a couple of weeks, she’s gone from anonymity, to an accused “reverse” racist, to exonerated symbol and emerging spokesperson on issues of race in America. Sherrod’s life has been a blur since she was thrust into the media spotlight, forced to resign her position at the USDA and initially condemned by the NAACP as a result of the posting of a video by conservative blogger Andrew Breitbart, edited to make her appear racist.

Sherrod was interviewed by CNN Anchor Don Lemon, NBC News Digital Correspondent Mara Shiavocampo and St. Petersburg (Fla.) Times Media Critic Eric Deggans at an NABJ plenary session kicking off the conference before an audience of about 250 journalists. After the formal interview, Sherrod also took questions from the audience. During the discussion, Sherrod covered a wide range of topics with her interviewers, from whether she would accept a pending job offer from the Obama Administration, to her long time activism, along with her husband, former Student Non-Violent Coordinating Committe leader Rev. Charles Sherrod, in rural southwest Georgia. Her message to journalists: she and her husband, and others like them, have been struggling with issues of civil rights and economic justice long before she was thrust into the national spotlight. Following are some highlights of her remarks during this morning’s session:

On Andrew Breitbart: “He had to know that he was targeting me. He hasn’t apologized, but I don’t want an apology at this point.

“I will definitely pursue” a lawsuit against Breitbart.

On the role of black journalists: “We have to do a better job of helping young people, as they move into positions in corporate America and other areas, to understand the history, so they can do a better job as we move forward. And yes, I’m including President Obama. It’s a mistake to try to shield people from the hurts of the past. Young African Americans, and young whites, too, have done such a good job of trying to be mainstream, pushing things under the rug. I truly believe that we can come together in this country, but you don’t get there by not talking with each other, you don’t get there by pushing things under the rug. We won’t get there if we just get a job in these large corporations…and think we just have to be like them.

On whether or not the Obama administration is overly reactive to the media: “Yes, they are. They are allowing them [cable news, the blogosphere, Glenn Beck] to help them run the government.”

On Bill O’Reilly’s apology, followed by his assertion that she remains open to criticism because she still view everything through the prism of race: “I don’t believe I do that. But I’m still black. I don’t go out looking for racism, but I have to recognize it when I see it.”

On how she feels about the NAACP: “There’s a place for the NAACP and the work that they are doing is still very much needed. Personally, I don’t have a problem with Ben Jealous or anyone else in the NAACP. I’m willing to continue to work with the NAACP. It’s not about me, but about all of us and what we need to accomplish.”

Alfred Edmond Jr. is the editor-in-chief of BlackEnterprise.com 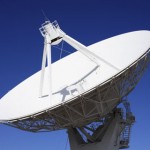 Is Geolocation the Next Frontier for Small Business?