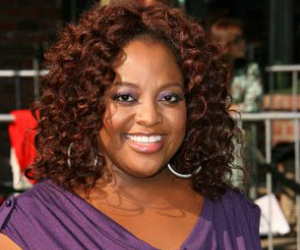 Unless you’ve been hiding under a rock, you’ve heard the reports ofÂ things heating up in a not-so-pleasant way between “The View” co-host Sherri Shepherd and her soon-to-be ex-husband Lamar Sally.

After court papers of Sally seeking separation from Shepherd surfaced, the television personality followed up with her own divorce papers that outlined details of a prenuptial agreement between the couple. In the agreement, that was apparently signed by the two on August 8, 2011, there is a clause that grants Sally a “one lump sum payment of only $60,000.â€

Sherri is reportedly worth $10 million, with her co-hosting job at The View bringing in $1.5 million alone. According to TMZ, the documents reveal that Sherri made $1 million in 2010, as opposed to Sally, a TV writer, who made $30,000, with $9,000 coming from unemployment.

Sally alleges that the prenuptial agreement, which also grants Sherri full custody of their unborn child, is based on fraud and is asking the judge to do away with the document.