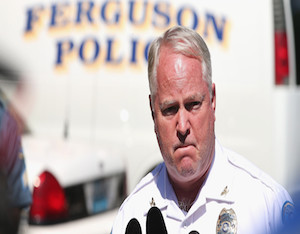 The Internet is truly a wonderful creation. It’s reach knows no bounds or limitations. Whether or not you’re a fan of an open World Wide Web or just want to surf to find funny videos, there are a close and chosen few who are using the service to fight against injustice.

If you’re unfamiliar with the developing points from the Michael Brown case, allow us to bring you up to speed. Officer Darren Wilson has recently had his appearance in front of a grand jury. While we’re waiting to hear if his actions against the 18-year-old Michael Brown will go to trial, the Twitter community (most notably Shaun King, Thandisizwe Chimurenga, and Vincent Heck) has continued to break down the ins and outs regarding the shooting.

With almost 100K views on Storify, King details the plan of action by the Ferguson police to cover up the shooting through a series of events that sound straight out of a major motion picture. From police union reps instructing Darren Wilson to not make a statement after the incident occurred to a mapping of the distance from Wilson’s car to Brown’s body, it seems that the Ferguson Police Department will have a lot of explaining to do.

Shaun King goes into full detail, which you can read for yourself below:

The NFL Partners with the National Domestic Violence Hotline