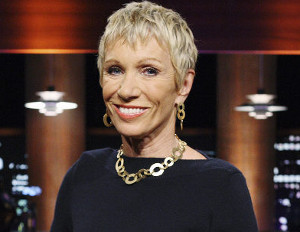 Barbara Corcoran, one of the “Sharks” starring in the hit ABC TV show, Shark Tank, will be joining the equity crowdfunding site RockThePost.

Corcoran has personally invested in over 20 startups as well as converting a $1,000 loan into a $5 billion dollar real estate empire. She’ll be taking the knowledge she’s acquired to RockThePost where she’ll serve on its Board of Directors.

“Startups are having a lot of difficulty getting their hands on the needed capital to start and grow their business and RockThePost changes all that,â€ said Corcoran. “It seemed like a natural fit for me to join RockThePost’s board and help them flourish in the brave new world of online capital raising.â€

Located in the SoHo neighborhood ofÂ New York City,Â RockThePost is an investment crowdfunding platform that connects high quality entrepreneurs with accredited investors. RockThePost’s mission is to democratize the fundraising practices – and via its services – they aim to be a resource for both entrepreneurs and investors. Additionally, they aim to streamline the capital raising lifecycle as well as provide support during the fundraising process.

On the platform, startups can raise money in 60-90 days, without having to do the offline roadshow of 8 months. They accommodate raises anywhere betweenÂ $100K to $5MÂ for early stage companies that have a minimum viable product with some market validation in the hardware, tech, healthcare and consumer product verticals.

“With the new Jumpstart Our Business Startups Act (“JOBS Act”) signed and once the SEC finalizes its rules, the days of start-up capital only coming from accredited investors are over. Now Joe and Sue from down the street will soon have the opportunity to also invest in startups and participate in deals previously only offered to accredited investors,” added Barbara.

Arrest Finally Made After Trina’s Brother Gunned Down