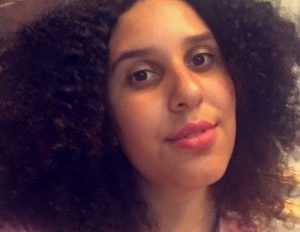 Less than a year ago, President Obama’s administration sent guidance to all public schools recommending that trans youth be treated equally under Title IX–this included allowing them to use the bathroom that matches their gender identity. Research shows trans youth are already at elevated risk for bullying, discrimination, and even violence. Trans and other marginalized youth are also dealing with “isolation and lack of supportive, validating resources.”

A new qualitative study published in the Journal of Adolescent Health, shows that sexual and gender minority youth are turning to online resources in search of this kind of supportive community and “access to relevant, accurate information about sexuality and gender.” However, currently they are not having these needs met, according to data collected through a series of interviews and focus groups with youth ages 15-19 from across the country, who self-identify as non-heterosexual, non-cisgender, questioning, and/or have engaged in same-sex sexual behavior.

Key Findings From the Study

“At Planned Parenthood, we understand that sexual and gender minority youth are in critical need of resources that address their experiences so that they have the support, information and skills they need,â€ says Leslie Kantor, vice president of education at Planned Parenthood Federation of America.

Among the key findings:

“Youth need access to safe, supportive and validating communities to make healthy choices and live fulfilling lives. This research has important implications for understanding the kind of support that sexual and gender minority youth need, and we’re proud to be partnering with other youth serving organizations to carry out this work,â€ adds Kantor.

The youth interviewed described isolation, stigmatization, and invisibility that contributed to the obstacles they face in taking care of their physical health, including their sexual health. Study participants noted that the lack of resources that incorporate the perspectives of sexual and gender minority people, and limited access to peers experiencing similar things, led them online to reduce isolation and search for information about identity, relationships, and coming out. Many went to Google, YouTube, and Tumblr to connect with and learn about the experiences of others, but wished for safer digital spaces.

The study concludes that digital interventions for sexual and gender minority youth should focus on mental health and well being holistically, rather than solely on risk behaviors. Interventions should include providing opportunities for interpersonal connection, fostering a sense of belonging, andÂ facilitating positive identity development.

3 Steps to Being Prepared for Almost Any Business Crisis