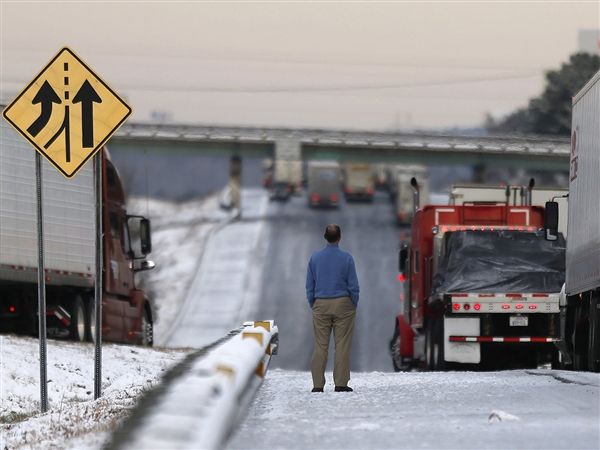 Inclement weather is the reason you won’t see UNC take on Georgia Tech in Atlanta today — at least on ESPN.

The game is still on, however, and is slated to tip-off at 7 p.m. According to a Georgia Tech release, ACC policy dictates that the only reason to cancel a game is if conditions affect the safety of teams or officials.

ESPN crews were unable to safely get their full production crew to McCamish Pavilion in Atlanta, where traffic has been snarled since Tuesday’s winter storm.

UNC spokesman Steve Kirschner said road conditions around the arena are poor. He added that team officials are still considering options on how to get the Tar Heels safely back to Chapel Hill following the game.

School officials said the roads by the school were still in poor condition. The game will still be available on ESPN 3.

“It was not close to the worst in Atlanta’s history – about 2Â½ inches of snow fell – but authorities said hundreds of thousands of people all at once tried to head home from work or school, Tuesday afternoon, jamming the roads,” NBC reports.