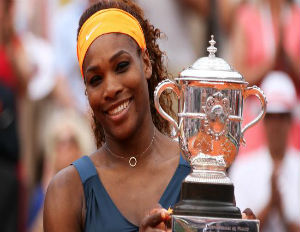 “Eleven years,â€ Williams said in French during the trophy ceremony. “I think it’s unbelievable. Now I have 16 Grand Slam titles. It’s difficult for me to speak because I’m so excited.â€

Upon winning match point, the 31-year-old sank to her knees, screamed at the sky and buried her face in the clay. Sharapova hasn’t beat Williams since 2004.

“She played a beautiful final,â€ Williams said of Sharapova in French. “She’s a great champion. I hope to be with her again next year.â€

Williams has a home in Paris and often practices there.