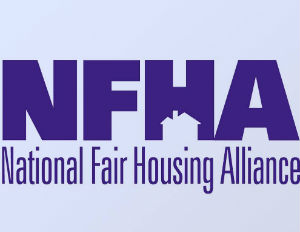 Last week, U.S. Senator from Virginia Tim Kaine became the latest to join a group of senators in sending a strongly worded letter to federal housing, finance, and consumer protection regulators. The letter called for an investigation into potential violations of the Fair Housing Act by banks and lenders neglecting the maintenance of foreclosed homes based on the racial makeup of communities where the properties are located. The regulators in question include the U.S. Department of Housing and Urban Development, the Federal Reserve Board of Governors, the Consumer Financial Protection Agency, the Federal Housing Finance Agency, the Office of the Comptroller of the Currency, the Federal Deposit Insurance Corporation, and National Credit Union Administration.

“We strongly urge you as regulators of the entities responsible for ensuring these properties are maintained, marketed, and sold to qualified buyersâ€¹to investigate this issue,â€ the Senators wrote. “As we are sure you agree, stabilization for our country’s communities most impacted by the foreclosure crisis will require financial institutions to properly maintain and market REO homes regardless of the color of the skin or nation of origin of the other homeowners who live on the block.â€

In their letter, the senators pointed to a report released last year by the National Fair Housing Alliance (NFHA) which found that real estate owned (REO) properties in communities of color ‘were 2.2 times more likely to have significant amounts of trash and debris on the premises’ and ‘2.3 times more likely to have unsecured, broken, or damaged doors than properties in comparable predominantly white communities.’

“As you are well aware, the Department of Housing and Urban Development’s regulations implementing the Fair Housing Act make clear that the differential treatment of REO properties based on the racial makeup of a community or neighborhood is a violation of the Fair Housing Act. The findings of NFHA’s report are troubling at best, and at worst, indicate illegal discrimination that must be remedied.â€