The Secret to Building Apps Without Using Code - Black Enterprise

Last week, hundreds of tech leaders, executives, innovators, renowned speakers, and entrepreneurs convened in Silicon Valley for the annual TechConneXt Summit powered by Black Enterprise. The two-day conference was packed with insightful talks, interactive workshops, and one-on-one chats with some of the brightest minds in tech.

This year, Tara Reed, the founder of Apps Without Code, delivered a BE Tech Talk on how non-technical people can learn to build software without code. Prior to launching her first app in 2014, Reed worked in marketing at Google, Foursquare, and Microsoft. At that time, she didn’t aspire or envision herself as an entrepreneur. However, after she had trouble finding an existing app to help people interested in buying fine art, she decided to build her own. Without writing a single line of code, she launched an app called Kollecto in just a few months, which helped her earn $35,000 in revenue.

“I had this crazy set of tools that I was stringing together to create an experience that felt like cool technology to my users, but really, I was using surveys in a really fancy way. Every week, I would load up a ton of artwork that had been curated by my team, and all these pieces of artwork had tags on them based on their price and on the type of artwork they were. I would send people an email that would basically send them to a dynamic survey that was hiding and showing pieces of art based off of the preferences they chose when they [initially] signed up,” Reed told BLACK ENTERPRISE earlier this year.

Now, she’s teaching others how to turn their business ideas into cool apps. During her presentation at TechConneXt, Reed shared tips and resources for entrepreneurs who have an idea for an app but no idea how to build or market it. Some of those resources include:

Learn more about how to build apps without code and Reed’s “code-free toolkit” here. 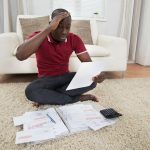 Half of All Black Student Borrowers Default on Their Student Loans

How to Jump-Start Your Career When You’re Over 50