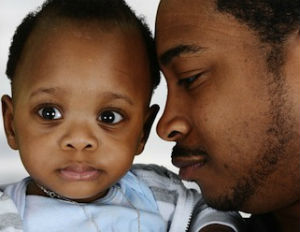 It is common knowledge that black men have significantly lower employment rates than those of other demographic groups. It is less known that this wasn’t always the case. According to the Bureau of Labor Statistics, in 1969, the employment rates for men between the ages of 20 and 24 were about 77% for blacks and 79% for whites. By 2012, the employment rate for young black men dropped to less than 50%, while young white men were about 18 percentage points higher at almost 68%.

Young black men often lack support systems and early opportunities to properly prepare them for the job market. They enter the workforce at a disadvantage that can continue throughout their lives. Their lack of skills and experience leads to higher unemployment rates, lower wages, and fewer advancement opportunities than those of their white peers. This crisis is especially pronounced in cities like Chicago, where black teen unemployment has reached an unbelievable 92%, according to the Chicago Urban League.

The connection between the unemployment rates of black men and the low educational attainment and high incarceration rates of this group is obvious. The high school graduation rate of black men, currently at 73%, is still 10 percentage points below that of white men. Black men are also half as likely as white men to obtain a college degree by age 24. These educational discrepancies confer lasting effects on young black men, who are consistently frustrated in their efforts to obtain higher-wage jobs.

None of these trends and statistics are news to us. The question is, what are we doing about it?

President Obama’s My Brother’s Keeper Initiative, announced in February, is a welcome, if long-overdue, step in the right direction. The goal of the initiative is to work with leading foundations and businesses to “take a collaborative, multidisciplinary approach to build ladders of opportunity and unlock the full potential of boys and young men of color.â€

RELATED: BE Modern Man: It’s Our Normal to Be Extraordinary

However, as we seek to save the next generation of black men, we cannot write off the current generation, those we have already failed. These are the Americans prejudged as suspects with no prospects–trapped in substandard public schools, too many of which are both warehouses for and pipelines into our prison and criminal justice systems. Pushed to the fringes of society and exiled beyond the boundaries of opportunity, these young men are most likely to be disenfranchised, criminalized, jailed and denied the right to vote as well as access to higher education.

It’s not enough for us to keep the next generation of black boys from entering the school-to-prison pipeline. We must also rescue and redeem black men already trapped in the pipeline and find ways to repatriate them into productive society and provide them with meaningful opportunities in education and employment.

The White House, as well as state and local government, must do its part. American industry, which can ill afford this tremendous waste of human potential, must do so as well. But the redemption of black men is the responsibility of individuals, as well as of institutions. We each need to create and support organizations in our communities, such as That Suits You, a Brooklyn-based nonprofit that collects donations of business attire for job-ready men, and that makes restoring black men to productive lives its mission. We must stand against laws that permanently strip the right to vote away from those convicted of crimes even after they’ve paid their debt to society. We must fight for lawful alternatives and for productive, economically viable pathways to opportunities for black men.

It’s not enough to save the next generation of our black boys. We must do our part toward the redemption of all our young black men.

Planet Fitness May Get Sued By Woman with â€˜Toned Bodyâ€™