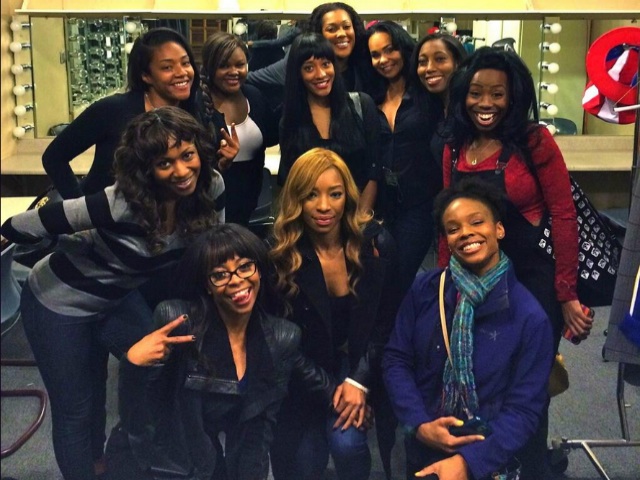 In the wake of widespread criticism about the lack of diversity in the cast of Saturday Night Live, NBC confirmed that it plans to add at least one African American female comedian to the show when it returns in January.

“We applaud Saturday Night Live on its decision to add a black woman to the cast. Given its broad influence on American culture and within the entertainment industry, SNL has the power to be a model for other shows and networks by depicting relevant and authentic portrayals of black women,â€ Rashad Robinson, executive director of ColorOfChange.org, issued in a statement.

With more than 900,000 members, ColorOfChange.org is the nation’s largest online civil rights organization. The group recently called out SNL for its lack of diversity and then criticized the show for its initial response to the controversy, which was the appearance of host Kerry Washington, of the ABC hit Scandal, in an opening sketch that poked fun at the fact that SNL had no black female cast members.

The hullabaloo began shortly following the departure of longtime SNL cast members Andy Samberg, Kristen Wiig, Jason Sudeikis and Bill Hader during this past summer, when executive producer Lorne Michaels added five new white men to the cast. That meant that out of 16 cast members, only two were African American, Jay Pharoah and Kenan Thompson (who reportedly said they would no longer dress up in drag this season). And of SNL’s six women, one is Iranian and the other new addition is of Hispanic and Tunisian decent.

Just before Thanksgiving, ColorOfChange sat down with NBCUniversal executives to discuss SNL’s failure to address the exclusion of African American women as well as share concerns about misleading stereotypes often used to portray black people on the show, states Robinson.

“The decision to cast a black woman is an important step in the right direction and shows that our members’ voices were heard. ColorOfChange looks forward to a continued dialogue with network executives to ensure that this new cast member has the support she needs backstage to be successful on screen.â€

The New York Times reports that auditions began with an 11-woman showcase in Los Angeles on the Sunday after Thanksgiving, followed by a second session in New York a week later, with Michaels in attendance.

Although Michaels said he does not remember ever adding a new cast member in the middle of a season, he did not attribute his willingness to do so to the outcry over the show’s lack of diversity. He did tell the Times that it’s “100 percent good for the show to have an African-American woman.â€

He defended his casting process, saying, “We’re all about talent. It doesn’t help if somebody’s not ready–and ‘ready’ is one of the charged words. But you want to be sure you give people the best possible shot.â€

Given all the uproar, the new cast member is sure to be under the microscope.

“That’s one reason we took extra time,â€ Michaels said. “You have to be careful to try to protect your players.â€

The Gothamist Daily first reported details of the Los Angeles showcase, including a Dec. 2 Instagram photo from Simone Shepherd, one of the 11 women who tried out along with Shepherd’s tweet (which has since been taken down): “The hilarious BLACK women who just rock the SNL audition #WeJustMadeHistory.â€ Among the 11 was comedic actress Darmirra Brunson, who is best known for her role as Drew on the Tyler Perry sitcom Love Thy Neighbor.

“All told we’ve seen about 25 people,â€ Michaels told the Times. “A lot of the people we saw are really good. Hopefully we’ll come out of the process well.â€

SNL is a late-night live television sketch comedy and variety show created by Lorne Michaels that premiered on NBC in 1975. Now in its 39th season, SNL has featured only 13 African American cast members. Garrett Morris was among the original cast members while the most iconic black alums are Eddie Murphy and Chris Rock. SNL has cast only four African American women (Maya Rudolph who left the show in 2007 is biracial) in the last four decades, reports DiversityInc.com, despite multiple openings almost every year.