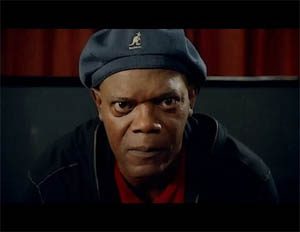 Samuel L. Jackson previewed a pro-Obama campaign ad backed by President Obama supporters that will be released on the web sometime in October.

The video is a play on the satirical children’s book Go The F*** To Sleep which Jackson narrated.Â The ad was also written by the author of the book, Adam Mansbach.

During the video, a young girl goes from room to room trying to encourage her family to get as involved in the campaign as they were four years ago. Jackson pops into the scene and explains, in rhyme, why their help is needed.

View the video on Yahoo!