After 30 years of success acting on camera, Salli Richardson-Whitfield is now thriving in the director’s chair, where she has already worked on some of today’s top shows including Scandal, Queen Sugar, Shadowhunters, Underground and more.

‘Forget everything you’ve heard about black women not getting along and supporting each other,’ Richardson-Whitfield said in an interview with Black Enterprise’s Senior Vice President and Executive Editor-at-Large Alfred Edmond Jr. at the 2017 American Black Film Festival. She was speaking not only of the recommendation she received from Regina King to help direct the last episode for Season 6 of Scandal, but others such as top director Ava DuVernay, who told Richardson-Whitfield she should seriously consider directing.

With excitement, Richardson-Whitfield decided to pursue directing and got to work, shadowing directors in the industry to get a feel for the position, and working on her own projects. Since then, she has been continually building her legacy and sharing the ups and downs of her career transition. Here are five things we learned from her  conversation with BE:

1. Be Prepared to Work

Preparation is crucial to any career move and one must plan to put significant time into learning as much as possible about their next project for it to be successful. ‘If I go in and I’m not prepared, then every black woman after me is judged by me, and I take that very seriously,’ Richardson-Whitfield shared. ‘I am much more prepared than most directors who’ve been doing this for years, coming in, I have to be.’

How you treat and relate to people has a major effect on the work you will receive and be recommended for in the future. Someone Richardson-Whitfield worked with on Eureka, recommended her to work on Shadowhunters early in her directing experience. “I’ve met producers that said, ‘I loved working with her. She was nice, she was professional, and I hear she’s doing a good job. I’m going to give her the opportunity,” Richardson-Whitfield said.

3. Take Control of the Challenges

Though Richardson-Whitfield worked with hundreds of directors in the past, there were— and still are—challenges for her going into directing, especially as a black woman. Nonetheless, she faces them with confidence, and draws from her experiences to overcome hurdles along her path.

“Sometimes, when you get to set, you may see all white male camera operators, DP’s (Directors of Photography), etc. You have to navigate and take control of the set in the first hour,’ Richardson-Whitfield shared. “If it’s a white man, perhaps 90% of the union, if they fail and don’t do a great job they won’t say ‘All white directors are slow and unprepared,’ but if I am at all lapsed on one day, then it becomes ‘All black women are unprepared.’ There’s no room for any failure.”

4. Make Decisions Now in Anticipation of the Future You Desire

In aiming to one day direct a feature, Richardson-Whitfield is making sure to agree to jobs that will help her achieve her future goals. Her upcoming projects include Luke Cage, Lethal Weapon, Star (Fox), Agents of Shield, The Magicians, and Chicago Med. “These are all shows that are big shows with big budgets that I can leave from there and go, ‘If I can do Lethal Weapon and Luke Cage, then you can trust me with a film,” Richardson-Whitfield said. ‘You have to make decisions for what you want to do later.’

Take advantages of courses that will help you in the long run. “I have a good friend who’s an exec at CodeBlack and she’s still taking courses at UCLA so that she can negotiate contracts herself for certain things, and do all the finances so that she doesn’t have to bring somebody else in,” Richardson-Whitfield said. “Even though I have gotten these shows, I will fly myself in, as long as I have a window—a few days early or maybe a month before—and sit on those people’s set for two or three days, on my dime and shadow that set. I don’t have to do that, no one is requiring me to, but I’m setting myself up to win.” 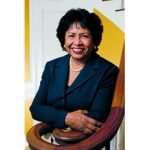 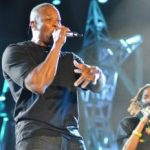