Sal Masekela Will Join NBC's Coverage of the Sochi Olympics 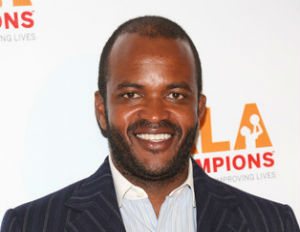 Sal Masekela joined NBC Sports in 2012 after a long stint at ESPN/ABC.

Sal Masekela will join NBC’s coverage of the Sochi Winter Olympics as a sports desk reporter, the network announced Monday. Masekela will serve as a host and “present features for ‘The Olympic Zone,’ a 30-minute daily show for NBC affiliates covering all aspects of the Games.”

“Sal will provide a unique voice and insight into the world of sports and entertainment,â€ said Jim Bell, Executive Producer of NBC Olympics. “His extensive action sports broadcast experience will offer a valuable perspective to Olympic viewers.”

Masekela, 42, joined NBC in 2012. His hiring then was viewed by some as an extended tryout for the Sochi Games — at any rate, it’s a hugely coveted gig. Masekela was a jack-of-all-trades with NBC’s Red Bull Signature Series, “which features innovative snowboarding, downhill skiing, mountain biking, freestyle motocross and BMX. He also hosts and produces his own web series, ‘Travelin’ Sal: Come Ride With Me,'” NBC Sports said.

“Many thanks to y’all on the Olympics well wishes. This has been a lifelong dream. I thank @NBCSports for this chance,” Masekela wrote on Twitter.

According to the network, Masekela spent 13 years at ESPN and ABC where he hosted the X Games. Perhaps most notably, he hosted the 2010 World Cup in his father’s native South Africa. He is the son of legendary jazz musician and vocalist Hugh Masekela.