SAG Awards: Diversity is All the Buzz 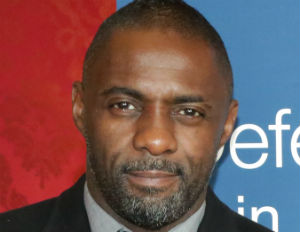 On Saturday, Jan. 30, the 22nd Screen Actors Guild (SAG) Awards took place at the Shrine Auditorium and Expo Hall in Los Angeles. While the casts of Spotlight and Downton Abbey won the top awards, the topic of diversity really took the spotlight.

[Related: [WATCH] How Do You Feel About the Word ‘Diversity?’]

In the wake of #OscarsSoWhite,Â Beasts of No Nation star Idris Elba addressed it head on at the SAG Awards, stating, “Ladies and gentlemen, welcome to diverse TV,” after showing the audience a clip from the film about child soldiers in an African civil war. While Elba did not earn an Oscar nomination for his performance, he was the toast of the SAG Awards. In addition, he won the supporting actor award for Beasts, and a second trophy for TV’s Luther.

This year’s Academy Awards sparked major controversy and talks of racism in the media, when Oscar nominations, which were announced on Jan. 14, went only to white performers, now being referred to as #OscarsSoWhite. Numerous celebrities have stepped forward on the topic, including Jada Pinkett Smith and Spike Lee, who were among the first black actors to publicly express their displeasure at the lack of diversity among the nominees, as well as sharing their decision to not attend this year’s event. The balloting for the SAG Awards closed Jan. 29, with the nominations being announced earlier in December. Reports showed over 160,000 SAG-AFTRA voters showed a willingness to embrace a number of different issues and TV/movie performers.

Uzo Aduba’s date for the #SAGAwards was the same guy she took to prom: https://t.co/NxqkHX1m0Y pic.twitter.com/dNg1LV0Dba

Public Television To Portray Transgender Women Who Reign In Africa