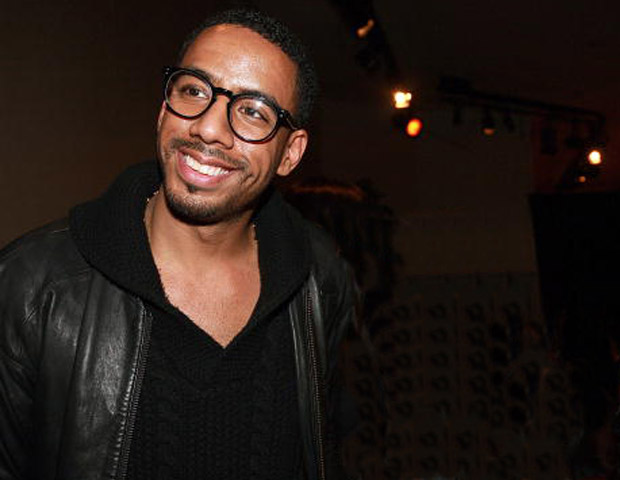 Scoring a perfect score of 1600 on his SATs at the age of 15, Leslie went on to deliver Harvardâ€™s â€œHarvard Orationâ€ at his graduation ceremony when he was just 19 years old. Joining Cambridgeâ€™s elite jazz group, The Krokodiloes, the child prodigy discovered his love for music. Since then he as written music and produced for Sean â€œDiddyâ€ Combsâ€™ Bad Boy Entertainment, Donnell Jones, New Edition, Cheri Dennis and more. Still recognizing the importance of education, Leslie recently hosted a â€œmini-music seminarâ€ for Harvardâ€™s Black Student Law Association in 2009 called â€œThe Bizness Behind the Business.â€ It’s 10:30 p.m. in Paris, which is where producer Ryan Leslie is when he promptly Skypes in to cheerfully discuss his dear friend Taj Clayton, who is running for Congress in Texas District 30. The pair met at Harvard, where Leslie graduated from at the age of 19, and formed a bond that lasts today. Although the Ivy League graduates went down different career paths–politics and production–Leslie, 33, shares his classmate’s vision for change. In fact, the singer/songwriter/producer/rapper recently wrote and directed Clayton’s campaign short, “Running For You.â€ BlackEnterprise.com caught up with Leslie, via Skype, to chat about why he believes Clayton, the importance of leadership, and being an active citizen.

What was your directorial vision behind the “Running For Youâ€ campaign short for Taj Clayton?

I saw it as an amazing opportunity to once again bring two worlds that may at first glance seem disparate. Aside from being a recording artist and producer, I’ve always been a very strong proponent of social media and the use of social media to really concisely and effectively communicate the message of anyone’s personal brand. When Taj told me he was running back in November I told him that I wanted to be involved in the campaign. I think this short is really representative of the message, both personally and politically, that he wanted to communicate.

How did you come up with the concept?

I had originally taken a look at a lot of the most widely spread sort of oratorical videos, and I looked at the other campaign announcements from Rick Perry to Mitt Romney to Herman Cain and obviously the Obama trailer, “The Road We’ve Traveled.â€ I looked at Elizabeth Warren’s announcement video and a lot of others. I thought there was a wide spectrum of how people are communicating.

Once we got to Texas and sat down with Taj and his wife, I said, “Hey, look. Why don’t you just give me a snapshot of your day and all the things you love doing while you’re on the campaign trail.â€ He put together a laundry list of activities and we spent the first day filming and I was able to synthesize all of the footage. From there I was able to develop the “Running For Youâ€ concept from everything we had put together. In three days this thing was cut, edited and scored. That’s what happens when you’re really passionate about a project that really just almost puts itself together.

Did you enjoy writing the script for the video?

Yes. I actually paid for my Harvard education through winning oratorical competitions. I also gave the Harvard oration when I graduated. I asked Taj to be as honest as possible about why he was running. He had more to say than what was in the 1:30 minute clip, but we had to get it down to something that was compact and [would] provide some insight into his inspiration for making this move. I think it was really a collective effort.

Why do you support Clayton’s goal to run for Congressman, beside the obvious fact that he’s your friend?

I personally recruited Taj to Harvard when I was a freshman. We’ve had very long, insightful conversations about the responsibility of our generation to come together and provide leadership for our generation and the next. When he called me last fall and said, “Hey, Ryan, I may take a shot at this,â€ I was extremely encouraging. I think he and his wife are a great example of two African Americans, both Harvard undergrads [degrees], both Harvard grad school, raising a family in that district because his family brought him there to have a better life. It’s time for our generation to put our strengths together to make a difference that’s going to make a legacy and an impact. Until the Obama campaign, many of us were apathetic about politics because we thought that our voice didn’t matter. Now seeing that our voice really does matter, we do have the opportunity to make a difference, it’s our responsibility to put our best foot forward, use all the relationships, knowledge and resources that we have as a young generation to bring some vitality, excitement and activation to a generation that has been, by many, perceived as apathetic. I feel very much that a part of this movement is way beyond Taj running for Congress.

Talents from the Diaspora: 5 African Fashion Professionals Blazing a Trail