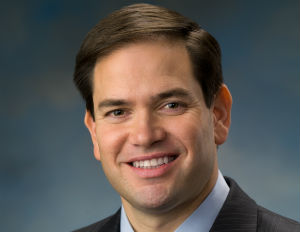 More good news for Sen. Marco Rubio… Cory Gardner, a Republican senator has officially endorsed Rubio for President. This is a pretty big deal for the Rubio campaign because Gardner is Rubio’s first endorsement from a fellow senator. But in this case, the language of the endorsement is actually more telling than the endorsement itself. Gardner said in an interview on Fox News yesterday, that the country needed a “new generation of leadership” and that Rubio “presents this nation with the greatest possibilities and opportunities to meet the challenges of this generation.â€ This was clearly aimed at the flailing Jeb Bush campaign, whose deep establishment ties have proved deadly during this election season, as the GOP voter-base has consistently expressed their preference for outsider, anti-establishment candidates.

Rubio also received the support of hedge fundÂ billionaire, Paul Singer. Singer has been a staple among the Wall Street GOP donor base for the last few elections, known for his ability to raise (and sometimes donate) millions for Republican presidential campaigns and the Super PACs that fund them.

Clearly, Rubio made quiteÂ the impression at the last GOP debate.Â His strong performance, coupled with his confident dismissal of a weak attack from Bush regarding his Senate absences, indicates that Rubio is ready to not only to rehab his image as an unprepared, nervous young senator from Florida–but that he is ready to win.

African Americans Use Technology More Than Others For Worship Services

How to Invest in the Legalization of Marijuana