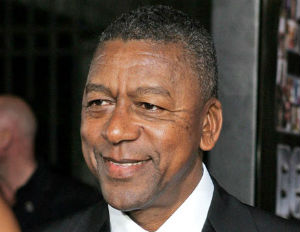 Nearly twelve million Americans turn to payday loans annually when faced with financial challenges in order to cover emergency expenses and meet cash shortfalls. Forty-one percent of borrowers have needed a cash infusion to pay off a payday loan and many ultimately turn to the same options they could have used instead of payday loans to finally pay off the loan. As a result and because of current high interest lending rates, many borrowers are unable to pay back loans in a timely manner and find themselves in a cycle of borrowing and debt.

Johnson announced earlier this year his financial awareness campaign to “end payday lending as we know it today” and has designated Dr. Soaries and his dfreeÂ program as the financial literacy arm to change the lending climate and help minority consumers overcome recurring debt and achieve financial stability.

Founded by Dr. Soaries in 2005, theÂ dfree strategy begins with the elimination of debt and addresses the root causes of chronic indebtedness. dfreeÂ stands for “Debt, Delinquency and Deficit Free” and the program has reached thousands of consumers nationwide by challenging them to take control of their finances by setting debt reduction goals, paying off debt, increasing awareness and changing behavior as it relates to money and borrowing.

“I am delighted that Pastor Soaries has agreed to work collaboratively on my campaign to bring about an end to payday lending as we know it today,” said Johnson.Â “He has been a national leader on educating consumers about the need to live debt free, and I believe that together we will bring about a significant change and provide valuable information on improving the lives of millions of working class Americans, particularly minority Americans.”

How to Make Home Ownership and a New Marriage Work

Fat Joe Gets 4 Months in Prison for Tax Evasion