Rob Parker Is Returning to Sports Radio in Detroit 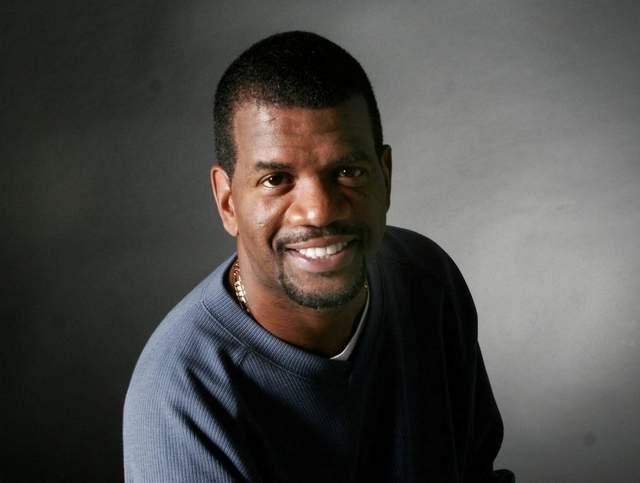 The station, once a dominant presence in the local sports market, announced late Sunday night that Rob Parker and Mark Wilson will co-host “Parker and the Manâ€ beginning Monday, March 24. The show can be heard weeknights from 7 to 10. The news was first reported by the Detroit News.

“This just seems so right because it’s the 20th anniversary of WDFN, Detroit’s original all-sports station,â€ Parker told the News. “And I’m excited to work with Mark again. He’s a pro’s pro, a great broadcaster.”

He added: “Plus, I can’t wait to mix it up with Detroit sports fans again on the radio.â€

From The Detroit News:

Parker, 50, while provocative, has had his share of high-profiled flubs. A former columnist for The Detroit News, he once went on TV and reported then-Michigan State quarterback Kirk Cousins was present during a fight between the football and hockey teams. That turned out to be false, and Parker publicly apologized. Later that same year, in 2008, at a postgame press conference, Parker’s attempt at humor fell flat when he asked then-Lions coach Rod Marinelli if he wished his daughter had married a better defensive coordinator (Joe Barry was the defensive coordinator, as well as Marinelli’s son-in-law). A few weeks later, Parker left The News. Then in late 2012, Parker, by then a regular contributor on ESPN’s “First Take,â€ made the “cornball brotherâ€ comment about Redskins quarterback Robert Griffin III. The network afterword decided not to renew Parker’s contract.

Parker since has been writing for the website, theshadowleague.com, and remains a contributor on WDIV Channel 4’s “Sports Final Edition,â€ on which he made Sunday’s announcement.

“After working some other projects the last few years, it’s exciting to be back with Rob doing what we do best,â€ Wilson said. “And that’s bring informative and entertaining sports-talk radio on this new multi-level platform to all of Metro Detroit.â€

68% of Customers Don’t Pay Attention to Brands on Facebook