Study Reveals Roadmap to the Top for Black Women Executives 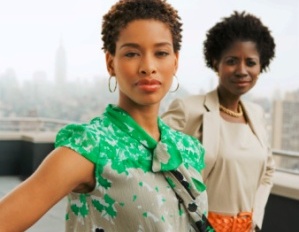 According to a recent study conducted by The Executive Leadership Council, the preeminent membership organization for the development of global black leaders, there is a way for black women executives to increase their numbers in business leadership positions if conscientious and intentional steps are taken to recognize and reward their talents and contributions to business success.

The new findings show that while nearly 27% of BWEs received promotions or advanced their positions in the same or a different company during the period, more than 50% stayed in the same or similar position, made lateral moves in the same or different company, or lost ground through diminished roles or transitioning out of the corporate workplace entirely. All of which took place during a severe recession, one of the most difficult economic periods in modern history.

“The findings of the Black Women Executives Research Initiative Revisited present an insightful perspective on the performance and opportunities for black women executives during a turbulent and challenging period for global business,” said Ronald C. Parker, president and CEO of The Executive Leadership Council. “It shows that although more than a quarter of the respondents advanced their careers under difficult circumstances, there is much more that needs to be done by black women and companies to recognize and reward the underutilized talent of these exceptional leaders.”

The interviews with the BWEs identified four factors critical to understanding why BWEs were both successful and challenged during the 2007 – 2015 timeframe. Four areas of opportunity for BWEs to influence positive outcomes were revealed:

These four areas of focus could create a “roadmap” leading to an increase in the representation of BWEs in corporate C-Suites and on boards. Of the four, the two most important areas suggested by the research were relationship-building and agility, and repurposement.

“It is clear that BWEs must start early in their careers, in the first 5 – 7 years, to develop strategic multiple relationships with the people who can support and advance their careers,â€ said Pamela Carlton, president of Springboard (Partners in Cross Cultural Leadership) and Co-Founder of The Everest Project. “The most successful BWEs take risks and have the opportunity for big roles early in their careers, allowing them to build the long runway of leadership experiences all executives need, build alliances and create a track record of success.â€

Sponsorship and relationship-building as politics both speak to the importance of BWEs building and nurturing a network of allies, in addition to sponsors, in a very competitive environment where everyone performs at a high level, demonstrates agility and an alignment with the values and mission of the enterprise, and is willing to take risks with so-called “glass cliff” assignments.

The study found that BWEs are willing to take on daunting assignments, but frequently are not recognized with promotions for successfully achieving or exceeding favorable outcomes.

For more information on the roadmap to the top, please visit www.elcinfo.com.