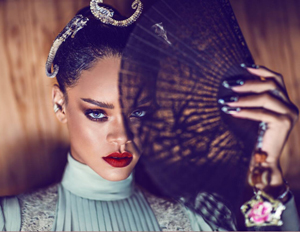 Topping music’s charts is as simple as batting an eye for Rihanna. Over the weekend, however, the pop superstar proved that she also knows how to dominate the movie ranks, too, with her U.K. opening of Home.

In the animated film, Rihanna is the voice of the lead character Tip, a naturally curly teeny bopper who manages to escape the capture of space aliens. Home premiered in London over the weekend and generated $9.6 million, according to Hollywood.com. The ticket sales surpassed Insergent ($4.7 million);Â The Second Best Exotic Marigold Hotel ($1.1 million);Â Focus, starring Will Smith, ($784,507); and Gunman ($649,494).

Although the animated film did exceptionally well overseas, critics don’t have the same expectations for the film in its U.S. opening this weekend. Dreamworks Animation, Home’s production house, has reportedly been suffering since 2012.Â Eric Wold, analyst at B. Riley & Co, foresees to Bloomberg that “Home will produce $85 million in ticket sales for its full run in U.S. and Canadian theaters and $170 million outside the U.S.” The number seems hefty, but he explains that it is not enough to cover the $135 million production cost after splitting revenue with theaters and paying the distributor, 21st Century Fox Inc.

Barton Crockett, however, an analyst at FBR & Co, has a more hopeful prediction, estimating that the film will do $140 million in the U.S. and as much as $297 million abroad.

The U.S. opening weekend numbers won’t be revealed until next week, and analysts will better be able to suggest the film’s overall earnings.

Will you be taking your little ones to see the film? Let us know below or on Twitter, @BlackEnterprise, using the hashtag #soundoff.

How Much Weight Should Minority Students Put on Diversity Numbers When Selecting a College?