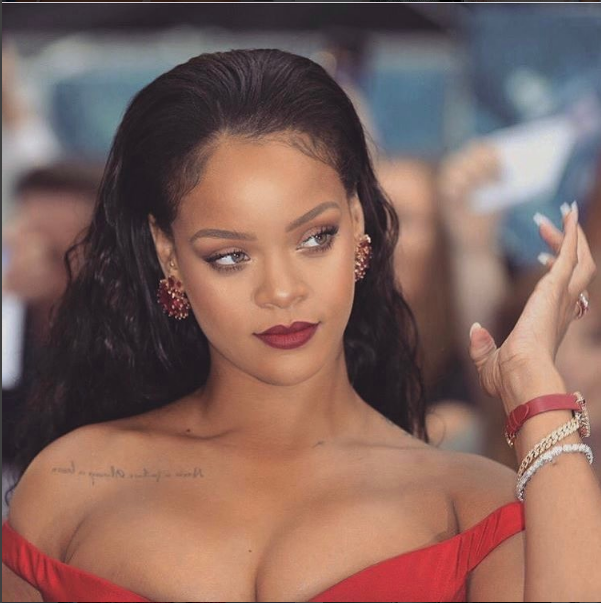 Rihanna’s cosmetic company, Fenty Beauty, made a huge splash on social media when it first launched last month. The all-inclusive makeup line was widely celebrated for offering a vast variety of products for women of color with darker skin tones. Now, just weeks after it hit shelves, WWD reports that it has generated a whopping $72 million in earned media value in September, alone.

Earned media value (EMV) is a metric of publicity that a company or brand gains outside of traditional promotional efforts like paid advertising. It is typically measured by the number of social endorsements and the level of engagement received on social media and other digital platforms. Other top companies with high EMV in the first quarter of 2017 were Disney, which gained over $14 million in EMV; Forever 21, which generated more than $12 million; and H&M with over $7 million.

According to WWD, Fenty’s EMV outpaced the earnings of other major beauty brands, including Kylie Jenner’s Kylie Cosmetics, Urban Decay, and NYX. MAC and Too Faced are the only two cosmetic lines that exceeded Fenty Beauty’s EMV metrics for the month of September. On top of that, YouTube also announced that Fenty Beauty received an impressive 132 million views in its first month.

In 2016, Rihanna signed a $10 million deal with the Kendo division of LVMH Moët Hennessy Louis Vuitton to roll out Fenty Beauty. The first installment, which included 40 shades of foundation, was released on Sept. 8 online and in stores in over 150 countries. The superstar singer also recently released a holiday collection that is sure to make a killing. Back in 2014, the 29-year-old Bajan singer inked a deal with Puma and has a net worth of $75 million, according to Forbes.

Wedding Attendance Can Strain Your Relationship With Your Finances