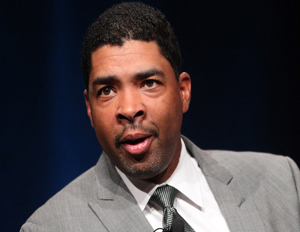 According to reports, entertainment mogul Sean ‘Diddy’ Combs has named Keith Clinkscales the CEO of his new network, Revolt TV. Clinkscales brings his executive experience from posts at companies including VIBE Magazine, where he served as president, and ESPN.

Under the executive’s leadership, VIBE grew into a competitive urban lifestyle publication, reaching more than 700,000 readers in partnership with legendary music producer and arranger Quincy Jones, according to VIBE.com. He also launched the publication’s digital counterpart and led ESPN’s content development after his time at the magazine.

“Keith, Andy and Val are the perfect combination to run Revolt — they are my executive dream team,â€ Combs, Revolt TV’s chairman and founder, said in a statement. “This launch could not be done without their talents, experience and drive to create the best new network the industry will have seen in a long time.â€

Last Chance: How Would You Get Lost in Bermuda?