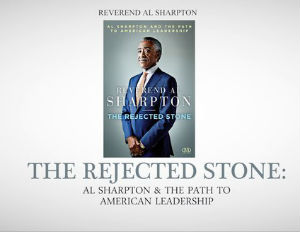 Reverend Al Sharpton recently released a book: The Rejected Stone that tackles feelings of rejection in individuals. The book, published by Cash Money Content, is his first in over a decade.

Uptown Magazine sat down with Reverend Sharpton to discuss his book and its direction.

Uptown Magazine: What’s the meaning behind The Rejected Stone? And why now?

In the New Testament, as told in Luke, Jesus is rejected by the people after he reads scripture. They question the authenticity of the scripture and criticize him. He is described as the rejected “cornerstone.â€ There has been a lot of talk about how I have become something of a different individual. People have described me as going through this major transformation. But what’s really happened is the country has changed. So, in this book, I examine how an individual deals with being a reject and then being accepted. Everybody’s been a reject.

4 Smart Habits of Your Boss You Should Mimic