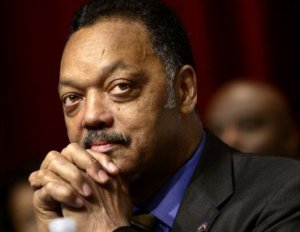 Join the Small Business Revolution as BLACK ENTERPRISE holds its 2014 Entrepreneurs Conference + Expo hosted by Nationwide Insurance on Wednesday, May 14 through Saturday, May 17, at the Hyatt Regency Columbus in Columbus, Ohio, with a powerhouse line-up of some of the nation’s most accomplished and celebrated entrepreneurs.

An annual highlight of the conference is the presentation of the nation’s top awards for African American business achievement and community involvement. The B.E. Community Empowerment Award which recognizes outstanding achievement of an individual dedicated to the economic empowerment of communities, as a champion of entrepreneurship and business growth, employment opportunities and wealth creation for African Americans, will be presented to civil rights activist and founder of Rainbow/PUSH, Reverend Jesse Jackson at the BE 100s Dinner on Friday, May 16, at the Hyatt Regency Columbus.

Reverend Jackson has been called the “Conscience of the Nation” and “the Great Unifier,” challenging America to be inclusive and to establish just and humane priorities for the benefit of all. He is known for bringing people together on common ground across lines of race, culture, class, gender and belief. Reverend Jackson began his activism as a student in the summer of 1960 seeking to desegregate the local public library in Greenville and then as a leader in the sit-in movement. He was soon appointed by Dr. Martin Luther King Jr. to direct the Operation Breadbasket program. In December of 1971, Reverend Jackson founded Operation PUSH (People United to Serve Humanity) in Chicago, IL. The goals of Operation PUSH were economic empowerment and expanding educational, business and employment opportunities for the disadvantaged and people of color.

Rev. Jackson established the Rainbow PUSH Wall Street Project in 1996, an outgrowth of a social justice movement working to secure both equal opportunity and protection under the law for all Americans. Rainbow PUSH Coalition is also championing the need to open up a new era of growth and inclusion of African Americans and people of color in Silicon Valley’s technology industry.

For the aspiring entrepreneur, The Small Business Successâ„¢ Bootcamp offers practical advice on how to take your business to the next level. Plus, the Black Enterprise Elevator Pitch Competition will award $10,000 for the best new business idea. The producers of the ABC reality seriesÂ Shark Tank will also be holding open casting during the Black Enterprise Entrepreneurs Conference + Expo in their search to discover the next successful enterprise.

5 Mistakes To Avoid When Hiring Relatives