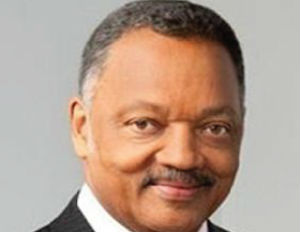 Thousands of corporate executives, minority entrepreneurs, and community leaders are expected to attend the Wall Street Project Economic Summit, which will take place in New York City on February 16—18, 2016.

The Rev. Jesse L. Jackson, who with the Citizenship Education Fund founded the Wall Street Project in 1996, says the Project encourages Corporate America to recognize the value that minority entrepreneurs, vendors, and consumers bring to the marketplace and ensure equal access and opportunities for culturally diverse companies, consumers, and employees.

“The Wall Street Project is not an end in itself, or a means to an end, but an evolutionary process,â€ says Rev. Jackson. “The road to shared economic security travels through two-way trade, where all are included and none is left behind. Just as America did not realize how good professional sports could be until athletes of all colors could play, American business will not maximize its growth potential until all businesses have an equal opportunity to compete on an even playing field, where the rules are public and the goals are clear. That is the goal of the Wall Street Project.â€

Rev. Jackson announced that he has named Wall Street veteran Maxine Leftwich as executive director of the Wall Street Project for 2016. “Maxine understands the issues and challenges that African Americans and other minorities face on Wall Street and throughout the corporate world, for the finance industry has been her life and career,â€ he says. “She is ideally suited to guide us in tackling today’s relevant issues so we can forge ahead and break through the barriers that we as a people face.â€

Says Leftwich, “Rev. Jackson, PUSH, and the Citizenship Education Fund have done an incredible job with the Wall Street Project. I am pleased to offer my services to help take the effort to the next level. We are already taking our vision forward to the Wall Street Project’s 20th anniversary in 2017. The enormous opportunities available on Wall Street and at major corporations must be shared with our diverse communities. That’s what the Wall Street Project is all about–opening doors and providing access.â€

Leftwich is a founding principal of LS Financial Group, a financial advisory and management consulting firm that was based in New York and served private corporations, cities, states, and public authorities throughout the country. She also worked closely with the Clinton Administration on the North American Free Trade Agreement Bill that was passed into law. In addition, Leftwich served as financial adviser to the City of Chicago, the City of Denver, the City of Kansas, the City of East St. Louis, and the District of Columbia’s Housing Finance Agency. During the administration of Chicago Mayor Harold Washington, she served as liaison between the Mayor and 12 governmental agencies.