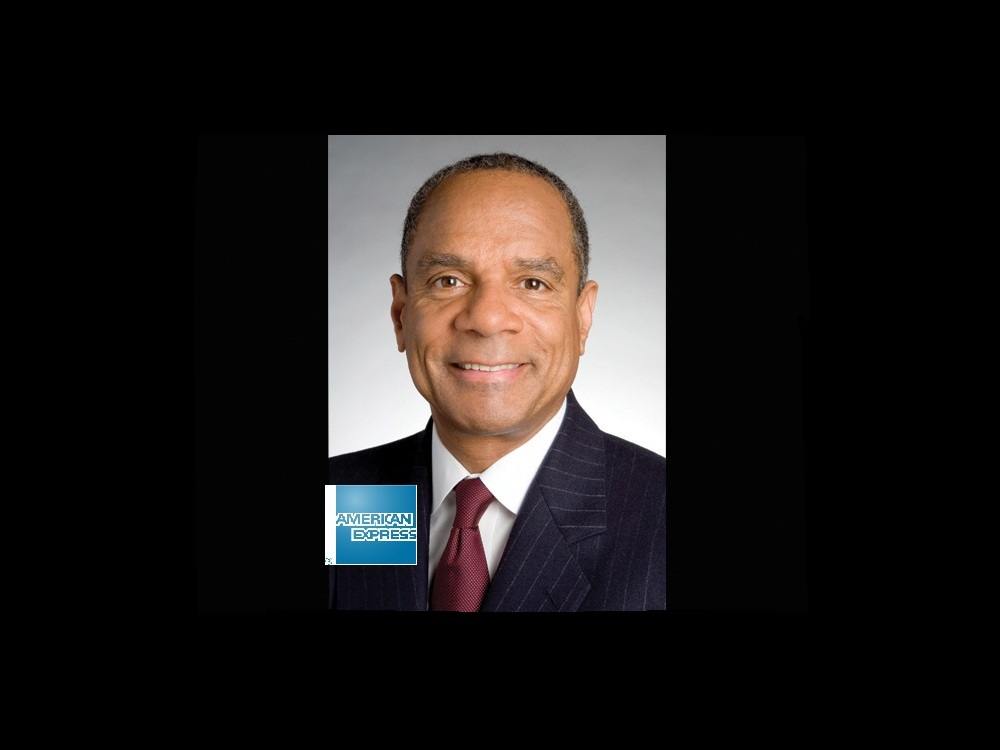 For more than 30 years, BLACK ENTERPRISE has covered the ascent of Kenneth Chenault at American Express, from managing its $315 million merchandising unit to serving as the transformative CEO of the financial services powerhouse with $32 billion in revenues and a payroll of 56,000-plus. By 1990, at the time he held the position of president of Consumer Cards USA, we boldly stated that the polished, strategic visionary would crash through barriers as one of the first black chief executives of the nation’s largest publicly traded corporations. During his tenure, he not only proved African Americans can perform at the highest level but set a standard for inspirational, innovative global leadership for all CEOs, driving organizational growth and financial success in the face of terrorist acts and financial crisis as well as through the embrace of digital disruption.

By Feb. 1, 2018, he will retire from his post of 16 years, reportedly the longest tenure of a CEO of a major corporation. And with it, one less African American in such a top leadership position.

As Chenault exits, BLACK ENTERPRISE scored an exclusive final interview with the iconic corporate leader. In his discussion with Chief Content Officer Derek T. Dingle, he offers his candid, insightful, and energetic views on the need for  “catalysts of change” to discard the status quo, a corporate diversity upgrade, and professionals to embrace the business philosophy: “Innovate or Die,” He also shares valuable career success strategies found in the video.

DEREK DINGLE: When did you know you were on the path to be CEO?

KEN CHENAULT: Very frankly, I did not see becoming CEO in the cards. In fact, I didn’t even know if I belonged at a large company. In the beginning, I thought I would come to American Express for maybe three to five years, learn more about business and then do something on my own. I liked the variety of businesses that American Express was in and really enjoyed the opportunities. Then, fortunately, some of the senior executives in top management said to me, “We think you really have potential and we think you could someday lead this company.” By the time we did the article in 1990, I thought it could be a possibility. I think what’s critical [is] if you’re just pursuing the position of CEO that can make you sometimes to reticent and cautious to take risks. I think that it’s very important in your career to have the willingness to take risks and not just blindly go after a position simply for ambition.

CHENAULT: To be successful, you have to be a student of leadership. You have to meet the leadership test. One of the things I tell people is that I value every human being in this world, but it doesn’t mean I follow them. I want to follow leaders. You know one of my favorite sayings of leadership comes from Napoleon—and I preface that I don’t want to wind up like him—is that the role of a leader is to define reality and give hope. I literally think about that every day.

One of the things I recognized is leadership reputations are made or lost in times of crisis. Many people can manage in good time; the test of a true leader is how you manage in challenging times.

DINGLE: You’ve faced some devastating crises like 9/11, the financial crisis of 2008–2009, The Great Recession. How did you manage through them? How did they affect your leadership as well as you personally?

CHENAULT: I think one of the things that was very important is looking at each crisis and the skills and capabilities you need. The 9/11 tragedy emotionally was devastating for the world, our nation, our country, and our company. There were many people who said that they did not think American Express would be able to survive because the travel business literally overnight dropped more than 50%.

DINGLE: Your first years as CEO?

CHENAULT: That’s right, my first year as CEO, our billings dropped. The year before I became CEO, people were saying, this is a real star. The year I became CEO, they said, “This is tough times for a new CEO, we’re not sure this guy’s going to make it.”

We lost 11 of our colleagues and our building was damaged. We had to leave our headquarters. I was in Salt Lake City the day of 9/11 and could not get back for two days. A half hour after the attack, I was able to talk to our senior leadership team. I said to them that this was going to be the test of our leadership. We have to take care of our people, we have to take care of our business, and we have to, in fact, articulate a future for our people and the company. But most importantly, we have to take care of our people and our customers. What I learned from that experience is, you can be compassionate but you also have to make tough choices. One of the things I decided when I saw what happened to our business is that we had to lay off 15% of our employees.

DINGLE:  During the midst of that crisis?

CHENAULT: During the midst of the crisis. One of the things that we do is we have an employee survey in which 15% to 25% actually of incentive compensation is based. People said, “Well Ken, we’re not going to do it this year and you’re not going to survey the laid off people.” I said, “We absolutely are. Because we have to treat them with respect and dignity, this is not their fault.” We got some of the highest scores. It doesn’t mean people were happy about losing their jobs, but what they appreciate was the honesty with which we talked to them about the challenges and what we did to help them through a very challenging time.

DINGLE: How did you manage American Express’ transformation over the years, from a charge card business to a platform business? How do you define the business today?

CHENAULT: Three things: trust, security, and service. One of the things I talk about is that reinvention has to be constant but the core values you have to retain no matter what is the transformation you’re going through. The term I use in our company, you either innovate or you die. Because things are moving so quickly. We have become, in my view, a platform company. The form factor is irrelevant. It can be the card or the phone but it is a platform to deliver services to the customer. We happen to do it now through a payments platform. We’re just not in the payments business. We’re fundamentally in the service business.

CHENAULT: I think one of the things that you have to be very focused on is that you want to be an innovator and you want to have a leadership position. You don’t just want to be a follower. If you’re going to be a leading brand, you got to bring about change and you have to know where the puck is going.

Now, you go to digital transformation and you look at the confluence of commerce and payments. What is critical is data and information. What we’ve done is invest substantially not just in digital capabilities but our data analytic capabilities. We now have over 1,000 decision scientists in our company that specialize in machine learning. We have similar capabilities to Amazon and Facebook and we have partnerships with those companies.

I think that what is absolutely important is to think more broadly about the business. We’re in the service business and I have to serve you the way you want to be served.

CHENAULT: We have a long way to go. As I’ve said publicly, I think it’s embarrassing that the number of African American CEOs has actually been reduced from eight years ago. That’s a serious problem. Representation is key. We can talk all the theories we want. I know that they’re very qualified people. I want to work in an environment where people, all types of people feel not just tolerated but very engaged in the company. From an African American perspective, we are underrepresented. People talk about the complexity of this issue; I know that there are thousands of people who are as good or better than me. They just haven’t gotten the opportunity.

What companies have to do, just as they do in any business priority, is to make diversity and inclusion a core priority and then have metrics in place to ensure that progress is being made.

DINGLE: How do you push corporate America to create the pipeline? I know you say it’s simple in terms of looking at the talent that’s out there but it’s not happening. How do you change the equation?

CHENAULT: What I’ve said to a group of CEOs at the [Executive Leadership Conference] is obviously you’ve got to put in programs if you don’t have them. What that CEO has to say to the entire company and to the leadership group is, “I’m going to hold you accountable for the commitment to diversity and inclusion. That is a top priority. It will be very difficult for you to move in this company if you don’t exhibit this behavior.” That’s what’s done on business issues. That’s what has to be done on diversity and inclusion.

The tone is set from the top. When something goes wrong at this company, at the end of the day I’m accountable. CEOs need to be held accountable and demonstrate to their company that diversity and inclusion is not a sideline activity. It’s a core priority for the company.

DINGLE: What do you view as your greatest achievement during your tenure as CEO?

CHENAULT:  One, I believe I constantly pushed for transformation and innovation. I emphasized that the status quo is the enemy. The premium that we put on innovation; because what I believe in any company it’s about sustainable success. It’s not just, you hit this home run. What was your batting average for your entire career? Then you need to develop a strong culture. I believe we’ve developed a culture that has a strong service ethic, a strong focus on integrity, an organization that embraces diversity and inclusion. Thirdly, I’m very proud that we spotted the importance of the digital transformation early. That’s something that I think is going to help this company tremendously going forward.

DINGLE: What will be next on your agenda once you leave AmEx?

CHENAULT: What I intend to do after I step down on Feb. 1st will be to make an announcement at some point in the near future. It’s going to be very involved in digital and technology because I really enjoy that. I also believe in the importance of giving back. One of the things that I’m very proud about is the African American Museum in Washington DC. I’m chairman of the board. I’m going to stay very involved in that. I’m also going to be very involved in education, particularly in our inner cities because I think that is absolutely important. Then I want to be also involved in helping bring the private and public sector together because I think leadership in that area is critical.

DINGLE: Out of all the interviews you’ve done what is the one question you wish a journalist had asked you?

CHENAULT: One question I was asked at our global town hall was “What is the one thing now on your bucket list?” I’ve never been asked that question. What I said was “spontaneity.”  I would just like the opportunity to wake up in the morning without a schedule and say, “I don’t have to go to any meeting.” I plan to go to meetings, but I also plan to make my choices so that I can have some spontaneity. That’s what life is about. Doing something that’s unexpected.

Watch the interview with Ken Chenault: 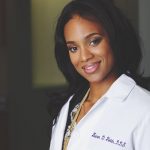 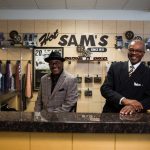