Restaurant Uses Social Media On Patrons Who Blew Off Reservations 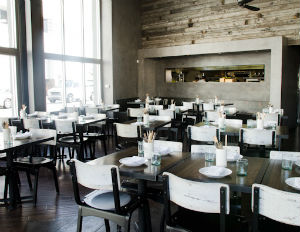 The days of making reservations and not showing up may be over, if more restaurants follow the trend started by one L.A. eatery.

Eater L.A. has an interview with Noah Ellis, the owner of Red Medicine, a restaurant which has been using its Twitter account to publicly shame customers who make reservations but don’t show up or call to cancel.

Using the restaurant’s twitter feed, Ellis tweets out the name and time of patrons who made reservations but did not call to cancel.Â He says frustration led him to this policy, because too often his restaurant is full of customers but he’s unable to seat them due to tables held for reservations.

The restaurant used to require a credit card to make a reservation but many people refuse to give out a credit card regardless if they plan to show up or not.

“Invariably, the [people] who decide to no-show, or cancel 20 minutes before their reservation (because one of their friends made a reservation somewhere else) ruin restaurants (as a whole) for the people who make a reservation and do their best to honor it,â€ he says.

While this system has its benefits, some would question the logic of such a strict policy. Customers may shy away from frequenting a restaurant where there’s a chance they’ll be publicly shamed, even if they have every intention of making the date. Also, the restaurant has no idea why patrons did not make it to the restaurant, in which case this policy seems excessive.

Reality Check: What You Can Learn From Career Failures