The restaurant industry has been in shambles in the wake of the COVID-19 pandemic. Now states like Georgia and others in the South have started to pull back their stay-at-home restrictions to let businesses reopen to get the economy started. However, entrepreneurs worry that social distancing might not just change restaurant culture, it could completely wipe out the industry.

“If you talk to restaurants across the globe, the language might change, but the math is the same,” Ryan Pernice, owner of three restaurants based out of Georgia, told CNN Business. “Restaurants and bars need volume and traffic to make them work.” The restaurant owner went on to say that his restaurants have been closed since March 16 and will remain so out of concern for his health and the health of his employees, according to CNN.

Restaurant owners and managers around the country are at odds with decisions on whether or not they can reopen and wonder if their businesses will survive under social distancing. Due to thin margins, eateries and bars would be forced to ensure that the venue is packed every night, including weekends to stay out of the red.

“There will be no profits for us while we are social distancing,” said Blaiss Nowak, another Georgia-based restaurateur who has already reopened his restaurant. “There are a great amount of restaurants that I’ve heard will never open again.”

Other restaurant owners have stated that they will remain closed instead of opening with reduced seating. In places like New York, where the stay-at-home order is still in places, companies like the Union Square Hospitality Group have laid off nearly 2,000 people in March alone. The company’s CEO, Danny Meyer, said last week that he doesn’t expect customers to return until a vaccine is found and it’s uncertain when that will happen.

“There is no interest or excitement on my part to having a half-full dining room while everyone is getting their temperature taken and wearing masks, for not much money,” Meyer told Bloomberg News. “With social distancing now becoming the new normal, it’s hard to say if restaurant culture will even return to its former glory.” 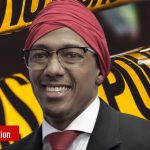 Nick Cannon Graduates From Howard University With A Degree In Criminology 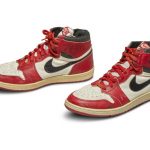