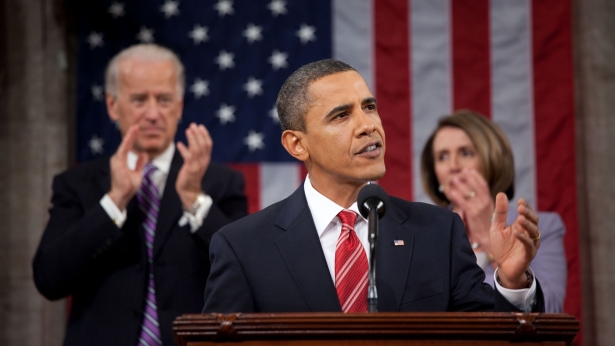 With President Obama‘s State of the Union Address set for tomorrow night, political and civic leaders urge the administration to develop targeted programs for minority communities devastated by the Great Recession and subsequent jobless recovery.Â  In reaction to findings from the report, The State of Communities of Color in the U.S. Economy, released last Friday by the Center for American Progress, a nonpartisan research and education institute, Rep. James Clyburn (D-South Carolina) and representatives from the National Urban League, National Congress of American Indians, National Coalition for Asian Pacific American Community Development and National Council of La Raza, discussed a series of initiatives to remedy the situation.

“I’m very concerned that we move to put things back in order without adequately looking at those communities traditionally locked out of these efforts,” says Clyburn. “I hope we start thinking of some creative ways of getting this administration and Congress to focus on bringing these communities along in this recovery.”Â  For example, he says the $800 billion stimulus package includes “the 10-20-30 amendment on the tax side and investment side so 10% of the money goes to communities in which 20% 0r more of the population have been stuck in poverty for more than 30 years.”

The report revealed that racial and ethnic differences have either worsened or stayed the same during the recession and recovery. For instance, African Americans and Latinos were added to unemployment rolls much quicker than Whites. In the fourth quarter of 2010, the unemployment rate for African Americans was 15.8 %, compared to 12.9% for Latinos, 7.3 % for Asian Americans and 8.7 % for Whites. The homeownership rate for African Americans fell to 45% versus 74.7% for Whites. The report also revealed a widening divide by race and ethnicity throughout the recession and recovery after 2007 for poverty rates, health insurance coverage and retirement savings.

The conference call participants urged President Obama to address such concerns and offer solutions when he addresses the nation tomorrow night. Dr. Christian Weller, senior fellow for CAP and author of the report, maintains that mass job creation will not serve as the magic bullet to solve the problem, however. To reverse this situation, Weller says initiatives must be targeted to communities of color because they face continued structural obstacles to gain the same economic opportunities as White families–even during times of economic expansion. Asserts Weller: “Policymakers need to put in place policies that go beyond the immediate need for job creation for everybody to help erase differences in economic security and opportunity by race.”

The CAP report offered the following policy recommendations:Â  long-term extension of unemployment insurance,Â  creation of “quality” jobs, comprehensive immigrant reform, homeownership assistance and pay equity. Many conceded a major hurdle in the development of “bold initiatives” will be the battle over deficit reduction between the White House and Congress. The Republican-controlled House is pushing for major federal program cuts.

Valerie Rawlston Wilson, vice president of research for NUL’s Policy Institute, maintains that the civil rights organization has recently proposed a 12-point plan to address a number of the ills outlined in the CAP report.Â  The NUL’s plan calls for a increased focus on green, healthcare and tech jobs as well as summer youth employment.Â  Says Wilson: “I hope that we hear in the State of the Union the need for targeted business and workforce development. Jobs must be created in a way that all people have access to them.” 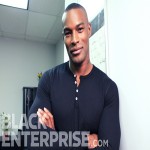 EXCLUSIVE: Tyson Beckford on the Importance of Keeping a Clean Image (Video) 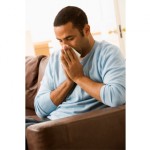 Top 10 at 10: Ways to Avoid Getting the Office Bug