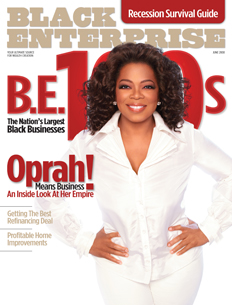 Though women still have a long way to go in terms of equality in salaries and other aspects of the business world, a group of the wealthiest in the group seems to be on the uptick. A new report shows that the female billionaire population has grown 560% over the past two decades.

[Related: Black Wealth: Richest 100 Americans Worth As Much As Total African American Population in U.S.]

A study by UBS and PricewaterhouseCoopers (PwC) found that aÂ record 145 women around the world are now billionaires, compared with just 22 in 1995. Oprah Winfrey is among women of African descent among this group as well as Nigerian oil industry power womanÂ Folorunsho Alakija.

The industries where this wealth is being built is real estate, industrial, and healthcare.

“The rise of female and Asian billionaires over the last two decades is creating an entirely new billionaire demographic, and I see no signs of slowing,” said Josef Stadler, head of Global Ultra High Net Worth, UBS. “While there is no such thing as a typical billionaire, virtually all are focused on building a lasting legacy for future generations. Achieving this goal increasingly requires strategic thought and long-term planning.”

The number of male billionaires (1,202) is growing at a slower rate, but this group of the wealthiest in the world is still largely dominated by men, which account for almost 90%.

Overall, the world’s wealthiest are getting richer much faster than the global economy. In the past two decades, billionaires’ wealth has increased eightfold to $5.4 trillion in 2014, while global GDP has tripled to more than $77 trillion.

The report is based on PwC data on more than 1,300 billionaires around the globe, along with many interviews with the world’s elite.

All They Want For Christmas Is You