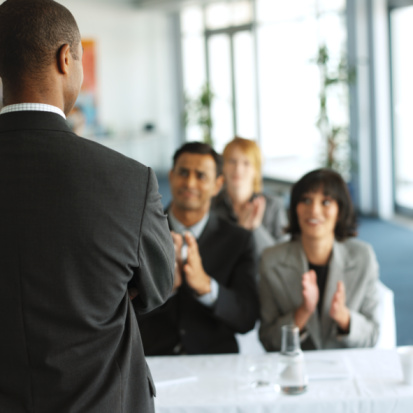 New numbers released in a report Wednesday, show just how brutal it really is for black and Hispanic entrepreneurs looking to secure funding or small business loans.

This comes after several government programs have been created to direct more work and funding to help even the playing field in the federal contracting game.

The Washington Post reports, “New academic research reveals that minority entrepreneurs are treated significantly differently (see: worse) than their white counterparts when seeking financing for a small business, even when all other variables – their credentials, their companies, even their clothes – are identical.”

Here’s how the study unfolded according to WashPost: “Three white, three black, and three Hispanic [businessmen]. Similar in size and stature, donning the same outfits, and armed with similar education levels and financial profiles, they visited numerous banks seeking a roughly $60,000 loan to expand the very same business.”

According to the study, Hispanic and black business owners were provided a lot less information about loan requirements, were offered less application assistance by loan officers, rarely handed a business card and drilled about their personal finances.

According to data compiled by Bloomberg, “Small businesses, called the ‘drivers and engines of growth’ by President Barack Obama, attracted about $98.2 billion in government awards last year … Â Hispanic-owned companies won about 8.4 percent of that total, or $8.21 billion, while black-operated small businesses won about 7.2 percent, or $7.1 billion.”

The Washington Post report also says, when it comes to securing business loans, “Most owners considered it an odyssey. However, white owners framed their journey as being ‘on level ground,’ while black and Hispanic owners were more likely to describe it as ‘uphill.’â€

Check out the full report from the Washington Post here.