Nearly half of small businesses don’t actively use social media to promote their business—and 25% say they have no plans to do so in the future.

Those are the findings of a new study released by research firm Clutch, which polled more than 350 small businesses of varying sizes to arrive at these results.

“If small businesses want to compete, they have to be participating in social media,” Mike Rosa, director of marketing at online marketing agency 180Fusion, said in the release. “More and more, people are becoming a little bit wary of traditional advertising. They’re much more likely to take referrals and reviews from people that they know and trust, which can be found on social media.”

According to the report, social media platforms also do more than provide a source of general information and news about a company—the improve organic online search results.

That could be helpful given a study released last month that more than 25% of small business don’t have websites. Social media is one low-cost method of getting on the Internet. With consumers heading online to do research on companies ahead of purchases—and with an increasing number of those searches taking place on mobile phones—social media is not only a quick and easy way to communicate to customers, but one to initiate an online presence. 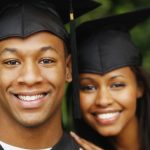