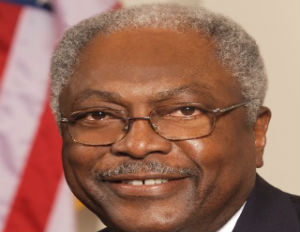 Prior to Gov. McAuliffe’s April 22 executive order, anyone with a prior felony conviction had to submit an application to the governor requesting to have their rights restored. As Terry Garret can attest to, these applications were often denied, effectively disenfranchising a significant segment of black voters.

While Gov. McAuliffe characterized the voting restriction as “a remnant of the poll tax,â€ his GOP counterparts disagreed with him, announcing their plans to sue to prevent the historic restoration of voting rights.

Apparently the Virginia Republicans are convinced that Gov. McAuliffe’s executive order is a partisan-motivated attempt to boost Hillary Clinton’s chances at winning the state in the general election.

Rep. Clyburn took issue with this during the DNC-hosted press call, noting that GOP-controlled state legislatures have advocated for and passed restrictive voter laws that “make it harder for groups that tend to vote Democratic–people of color, women, and students–to cast their ballots.”

“Make no mistake–the GOP seems to believe their path to victory lies in restricting access to the polls. So if you ask me, the real political opportunism lies with the Republican Party. It’s time to close the door on these types of laws but the Republican Party is dead set on being on the wrong side of history,” Rep. Clyburn said.

Rep. Bobby Scott also delivered a withering rebuke on GOP Virginians working to protect disenfranchisement laws, accusing them of “every scare tactic they can dream up to attack the Governor’s motivations.”

“They claim that this gives license to rapists and murderers to sit on juries, while ignoring the fact that 79% of the people whose rights were restored had non-violent felonies,” Scott said.

Rep. Scott also highlighted a troubling statistic that may explain GOP reluctance to fall in line with McAuliffe’s executive order. Pointing to a demographic breakdown released by Gov. McAuliffe’s office, Rep. Scott noted that “45.9% of disenfranchised voters are African Americans, even though blacks only account for 19.4% of the Commonwealth’s entire population.”

For more on voting rights, go check out our friends at Respect My Vote!

Can We Spend Less on Health by Investing in Education? 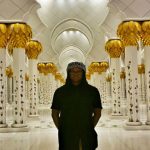