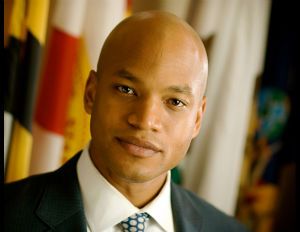 The scholars are in small cohorts of 12–perhaps a holdover from Moore’s military days. He says, “We believe in small unit leadership where students are taking care of one another, like in the battle buddy system.â€

Students are assigned success coaches that are paid BridgeEdU staff with whom the students meet regularly. Each coach is responsible for actively monitoring the cohort’s entire student experience, including internship placements; financial aid coaching and academic tutoring augment the work of the success coach. The scholars take interest and skill set assessments which are used to help identify and match them with a suitable organization. The internships serve two purposes: to give students a better chance at long-term employment, and to increase their social capital. “We use an algorithm to do the matching,â€ says Moore, who describes BridgeEdU as a high-touch ed-tech platform.

A social enterprise that Moore initially self-financed, BridgeEdU later attracted financing from “founding angels,â€ as Moore calls them, like-minded people who believed in its mission. The schools that offer the program also pay the organization a fee for providing this program to their students. The scholars themselves are not charged to participate.

The organization is also in conversations with corporations to support its scholars. Moore says, “Our focus in these conversations is to ensure that our scholars will have the technical tools and financial support they need to succeed.â€

There are three areas in which BridgeEdU is seeking to make an impact: in helping students to persist past barriers to retention; ensuring that they apply for and receive the financial aid they qualify for; and increasing their social capital.

The financial aid piece is critical. “Nationally, students are challenged regarding financial aid,â€ Moore says. “Millions of dollars every year is left on the table, not just in scholarship aid but in federal and state aid. It goes completely unclaimed because students aren’t even applying for it.â€

The first cadre of BridgeEdU scholars were asked in an application if they had filled out the FAFSA, or Free Application for Federal Student Aid. One hundred percent of the students answered yes. But, Moore says, “The truth is that 84% had not. They thought they had filled it out. Maybe they filled out the first page, or hadn’t turned in the paperwork to their parents or guardians. A lot of students think they have completed it and they have not. So they are not going to get the money they qualify for. BridgeEdU provides financial aid counselors on staff that work with each student. Each of our students will be 100% FAFSA qualified.â€

Moore is also committed to the idea of increasing and enhancing the students’ social capital, their ability to create networks, connections, and friendships that foster success. “Many students don’t have the inherent or family lineage-generated social capital that can turn success into opportunities,â€ says Moore. “We want to change that.â€ To that end, BridgeEdU provides a co-curriculum that develops the students’ soft skills–such as learning what proper business attire is, what is meant by “business casualâ€ attire, and how to manage one’s social media imprint. Workshops are conducted that address key topics such as workplace preparedness and leadership; students also practice a proper handshake and formal introductions.

Moore says that the inaugural BridgeEdU group, which is 96% students of color and 60% female, is doing well. “We’re really proud of them.â€ How are students selected to participate in this reinvented freshman year? “They go through an application process. We look at their GPA and SAT scores, but they aren’t determinative. SAT scores get less important as time goes on, especially if a student matriculates to another school [from community college, for example].â€In other words, a high GPA maintained while a scholar is in community college will outweigh a low SAT score. Attendance, though, is important, Moore says, because it represents persistence and indicates a level of seriousness about school, which a student would need to succeed in BridgeEdU.

“We look closely at their essay and letters of recommendation. The student needs to show that they know that higher education requires work. College is not the 13th grade–it’s a whole other framework. Their BridgeEdU year is not a year off–it’s a year on. We require more of them than the average college freshman. It’s more work, but they will also get more out of their freshman year.â€

Next year BridgeEdU will be going into high schools. Plans to expand to other colleges are also in the works. And the schools that currently offer the program? “They are re-upping,â€ Moore says. “They see the value of BridgeEdU and are demanding more.â€ 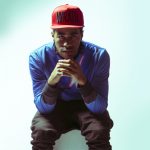 BE Modern Man: Meet “The MC WordSpit” The ILLest