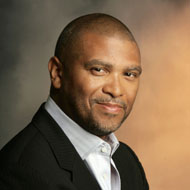 Reginald Hudlin, president of entertainment at BET Networks, is stepping down from his position according to an e-mail from chief executive Debra L. Lee to company staff on Thursday. No additional information was given about his departure date.

According to the e-mail, Lee commended Hudlin for producing 17 of the top 20 highest-rated shows in the network’s 28-year history. Hudlin produced Lil’ Kim: Countdown to Lockdown and College Hill 3, the two highest-rated series in BET history. When Hudlin was named president at the network in JuneÂ  2005,he was charged with the responsibility to transform BET, owned by Viacom, from a network that relied on music videos, reruns, and movies to a company that produced original programming.

The announcement of Hudlin’s departure came after the premiere of Somebodies, the first scripted show ever produced exclusively for BET. The show is based on film producer Hadjii’s Sundance Film Festival film of the same name about a group of college friends. It will be one of only three other scripted series on broadcast or cable television featuring a predominantly African American cast, reports Targetmarketnews.com.

“Reggie has played an invaluable role in the ongoing transformation of BET Networks, including the successful launch of our DVD division and laying a solid foundation for BET Films. He has put the network on the path to even more success,” Lee says in the e-mail, which was published at Vibe.com.

Hudlin is also an executive producer of The Boondocks, an animated television series which is highly critical of BET. In February, two episodes of the Boondocks, which were aimed at bashing BET, were banned from airing on another network. Speculators thought Hudlin had a part in the decision to not air the shows.

Stephen Hill, executive vice president of music programming and talent, has been chosen as Hudlin’s successor. Hill is the creator of the BET Awards, 106 & Park, and College Hill. BET’s 0.5 household rating for the second quarter was down 17% from a 0.6 during the same period last year, reports TargetMarketNews.com.

As writer and director of movies House Party and Boomerang, Hudlin is known as one of the pioneers of the modern black film movement of the ’90s. He also won a BET Comedy Award in 2004 and 2005 for his directing and producing work on Fox Network’s The Bernie Mac Show.