Is Your New Business Idea a Home Run or A Dud? 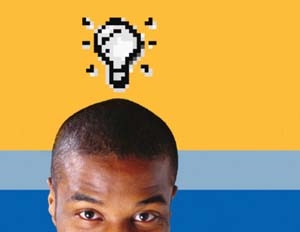 Four years ago, I started a company based on the notion of wearing T-shirts for living,Â IWearYourShirt.com. More recently, I set up an auction for a business to buy the rights to my last name,Â BuyMyLastName.com.

Needless to say, I come up with a lot of crazy ideas.Â In my car, in the shower, heck, even in my sleep. All of them get written down somewhere, and I revisit them at a later date when I’m not mobile, wet, or unconscious. After taking a second glance at my list of ideas, about 95 percent of them are complete and total garbage. The other 5 percent have a small shot at becoming something worth acting on.

How do I know the difference? I ask myself five simple questions first.

Whether it’s your next big business or a unique marketing campaign, when that next ambitious idea hits, ask yourself these five questions – and if the answer is yes to all five, well, roll up your sleeves and make it happen!

I can’t say that every idea I’ve ever tried has been successful, but I can say that I don’t regret pursuing a single one. I’m the guy that will always believe in crazy ideas. You can’t guarantee a new business idea will work, but youÂ can make sure it has every chance possible to be a home run.

Jason Sadler, Official T-Shirt Wearer atÂ IWearYourShirt, hasn’t always been wearing T-shirts for a living, but has always been creative. Fox Business has called him the “Entrepreneur of the Century.â€

The Young Entrepreneur Council (YEC) is an invite-only nonprofit organization comprised of the world’s most promising young entrepreneurs. In partnership with Citi, the YEC recently launched #StartupLab, a free virtual mentorship program that helps millions of entrepreneurs start and grow businesses via live video chats, an expert content library and email lessons.

Answer to Annoyance: How to Respond to Questions About Unemployment

How This Lingerie for ‘Plus Sized’ Women Entrepreneur Perfected Her Pitch