Reality Star Quad Webb-Lunceford is More Than a Doctor's Wife 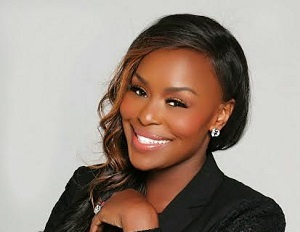 There’s much more to Quad Webb-Lunceford than being a doctor’s wife.

Since making her debut as one of the cast members of Bravo’s hit reality series Married to Medicine, the Tennessee native has launched Picture Perfect Pup, a premier fashion brand for canine couture. Known for her own fashion-forward wardrobe, Webb-Lunceford was recently named brand contributor for fashion house BCBG, a role she takes great pride in.

A cookbook and a number of other projects are also in the works for “Miss Quad,â€ who plans on being a household name in five to 10 years. “I did not ‘marry medicine,’ medicine was lucky enough to marry me,â€ the former medical sales representative often says. During a recent chat, Webb-LuncefordÂ and I discussed her many business endeavors and her goals for the future.

Thanks so much for asking about Picture Perfect Pup because I have so many people this season asking, ‘What happened to Khloe and Kar’rie? We haven’t seen them.’ Well, Khloe and Kar’rie are still alive and well and spoiled as ever. They are posh, four-legged pup babies–I love them, adore them, and of course they were the reason and inspiration behind Picture Perfect Pup. I am so blessed to have created Picture Perfect Pup no matter what mistakes were made along the way. We know that if you’re doing something for the first time, you’re basically going in with blinders on–and I’m just so happy that I stuck with it. I was just very persistent and very ambitious with making it happen, and I have to tell you, it has been very lucrative for me. We ship all across the country and a multitude of other countries as well, and people just really have a natural love for their four-legged babies. We live a life now that, it’s not like mom, dad, and children. You have some women who don’t even get married, and you have other alternative couples, you have your gay and lesbian couples, and they actually look at their puppies and their pets like their babies. So it’s been very lucrative for me. I couldn’t even do anything better–it’s a great first step for me in terms of branching out and creating another stream of income for myself.

On Her Upcoming Cookbook:

I just turned in my outline; I’m super-excited about it. It’s definitely got the Quad touch on it, so it’s going to be something fun, but definitely an easy tool to learn how to make things that are actually flavorful. I think a lot of times people throw these cookbooks out there, and it’s like why is it so bland? We’re cooking from the heart, we’re cooking to get to the stomachs of men so this book will definitely be for a lot of my single, young entrepreneurial females, and of course, alternative couples. We all want love, and what better way to do that besides preparing the meal and expressing that love on a plate. I’m very excited about.

On Being a BCBG Brand Contributor:

As BCBG brand contributor, I have always gone to NY Fashion Week as an influential person, front row, of course, checking out all of the new styles and all of the new trends. Of course, I use my influence to increase the value and the revenue for the company. It’s been great! I go all across the country; the company puts on these elite client events, and I’m there shaking hands and talking to them in in-depth about the brand. Lubov Azria, the owner of BCBG, and her husband Max Azria and I have worked very closely together. We work very closely together with just bringing people together to live in the moment of BCBG, and our mantra there is ‘bon chic, bon genre.’ It’s definitely being fresh, being in the moment, and being youthful, and I think what the brand gives.

On Her Goals for the Future:

When this whole thing is said and done, the empire that I have in my mind and where I see myself in the next 10 years, I most definitely, by far, will be a household name. You will have something, some product in your house that my hands have touched. Whether it’s a garment from Picture Perfect Pup, or maybe a nice shirt from my clothing line, or a haircare product, or if it’s a wig, my cookbook. I have so many plans for myself and where I’m going in the future. Or if you’re seeing me on a television show as a talk show host, I have a lot of goals that I’m going to achieve. I have the perfect team that supports me, that’s behind me–they’re creative, they’re innovative women. They’re ambitious, and we work very well together, and they have the same vision for me as I do, and I’m just blessed to have them, I really am. So at the end of the day, when we talk about what’s going to happen in the next five to 10 years with Mrs. Quad, I can guarantee you, I won’t just be a reality star. I’m not that now.

Black Enterprise contributor Mara (The Hip-Hop Socialite) is a headline-grabbing entertainment journalist, radio personality, and creator of “The SCOOPâ€, an international entertainment news and lifestyle column.Â Follow her on TwitterÂ  @HipHopSocialite.

What Black Students Need to Know About Paying for College 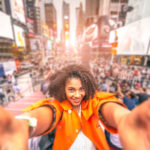