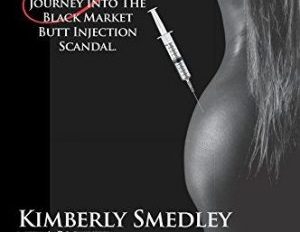 Kimberly Smedley was a single mother, devoted church goer, and licensed cosmetologist working in a hair salonÂ when her life turned upside down in 2012 and she got busted for running an illegal butt injection business.

Although she lacked a medical license and training, Smedley made millions of dollars giving average women, strippers, and even celebrities bigger butts on the black market for over a decade. She performed the medical procedure in hotel rooms across the East Coast, using commercial-grade silicon commonly found in paint and furniture polish, glue, and cotton balls, charging between $500 and $1,600 per session. At times, Smedley would inject 10 to 20 women per day.

Journey Into the Black Market

Smedley Â decided to tap into the booming underground booty business after receiving an illegal butt injection, herself, from a friend in 1999. After this friend died in 2000, she inherited his business and then began giving women the butts they desperately desired.

“I’ve always been a business [woman],â€ Smedley told Black Enterprise in an email. “After having the injections myself– because I suffered from low self-esteem–I actually felt like I was helping women feel better about who they were. Just like I transformed their look through hair, I felt like I was doing the same by giving them a bigger bottom.â€

Despite her intentions, Smedley was aware that this practice was illegal, plus the silicone she was using was not FDA approved. Still, she injected thousands of women until her secret, illegal side-hustle was uncovered in late 2011Â after one of her clients, an exotic dancer in Baltimore, almost died when silicon leaked into her lungs.

This tragedy sparked a federal investigation into Smedley’s practice. Smedley was eventually arrested in a Washington, D.C. hotel, where she was caught in possession of 18-gauge medical needles, as reported ABC News. This ultimately resulted in an indictment for transporting misbranded medicine and devices across state lines.

Facing up to five years in prison, Smedley pleaded guilty in March 2012. She was sentenced to two years behind bars, along with a $250,000 fine. She was also forced to come clean about her underground practice to her friends, church members and her family, including her two sons and her adopted daughter.

“In the midst of doing something illegal, in your mind, you’re telling yourself that you’re helping people to feel better about themselves. […] I didn’t stop to think about the negative consequences,â€ she told Vlad TV earlier this year.

After 17 months behind bars, Smedley was released from prison and forced to start all over. However, in spite of her situation, she never lost her entrepreneurial spirit and eventually opened up a spa in her hometown of Atlanta. She has also published a book in which she discusses her career in the booty business, titled The Backside of the Story: My Journey into the Black Market Butt Injection Scandal.Â Though she refuses to name her celebrity clients in the book, she hints at working with high-profile celebrities, like Nicki Minaj, and alludes to consulting with Whitney Houston before her untimely death in February 2012.

Smedley’s interesting journey also landed her a spot on Queen Latifah’s reality TV show/docu-seriesÂ From the Bottom Up,Â on Centric. Now in its second season, the show focuses on Smedley and four other women as they rebuild their lives from scratch.

In an interview with Black Enterprise, Smedley opened up about the lessons she learned throughout her experiences an entrepreneur, an ex-con, and as a woman that, like many others, struggled with low self-esteem. Here are six takeaways from her unique personal and professional journey:

“The biggest lesson [I’ve] learned is that my life was a story to be told. This is what gave birth to my book,Â The Back Side of The Story,Â and other projects I am working on. The women I met in the black market as well as in prison showed me that I wasn’t alone in what I was experiencing. All of this inspired me to share my story with as many people as possible.”

“I saw much of the reason why I–and hundreds of other women–alter their bodies is due to a lack of self-acceptance. Being in prison clothes without much of a wardrobe and accessories, [forced me] to face the real me. Being locked up kind of forces you to see YOU, and I’ve found that’s not such a bad thing.”

3. On Taking Responsibility for Your Own Life

“Negative actions breed negative results. A lot of people are stuck, because they don’t see the power they have to make different choices and really change their situations for the better. The showÂ From The Bottom UpÂ is almost like a metaphor; it’s about being accountable and doing the work to actually move forward and go up!”

4. On Acknowledging That There Is No Such Thing as a Fast-Track to Success

“Sometimes, we try to take the easy route, which turns out to be much longer than we ever expected or even want.”

5. On Failure Being Part of the Process

“Continue to move and use the resources that are available to you. We should use what we have and just start! Sometimes they are right in our face–I still struggle with that (lol). Know that it starts with a dream, which isn’t only about you. I really believe our dreams should be bigger than us.”

6. On Accepting That Which You Can’t Control

Selena Hill is the Associate Digital Editor at Black Enterprise and the founder of Let Your Voice Be Heard! Radio. You can hear her and her team talk Millennial politics and social issues every Sunday at 11 a.m. ET.

Lessons From Kanye West About What NOT to Do in Business

Geneva Reed-Veal, Mother of Sandra Bland, Is Fighting On