Parole Violation? Chief Keef's Gun Range Appearance May Land Him Back In Jail 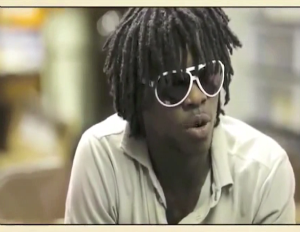 There may be more legal troubles ahead for seventeen- year-old Chicago rapper Chief Keef.

His case has been remanded for parole violations after Keef appeared in a video interview on the music website, Pitchfork, firing a weapon at a shooting range.

Keef was previously under house arrest at his grandmother’s house for a December 2011 weapons charge. He is also under investigation in the shooting death of fellow rapper Joseph “Lil Jo Jo” Coleman.

A hearing has been set for the teen for November 20th.