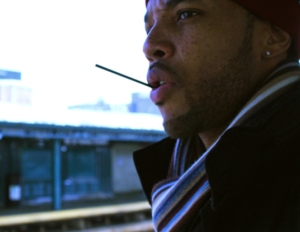 TheÂ importanceÂ of mentorship within the film world for African Americans looking for success working in cinema production cannot be overstated. Getting the job is one thing. Thriving is completely different in such a highly competitive field. But when given the opportunity to be in the company of greats, learning positive traits is fuel for the creative, critical thinker.

For director, film editor, and cinematographer Randy Wilkins, learning from and working for Spike Lee has been a shaper of personal film philosophy and general cinematic outlook. “[Spike] is definitely somebody who has helped my career, has helped my filmmaking skills, and he has helped me improve my craft,â€ says Wilkins, a Bronx, NY native. “He’s had a tremendous impact on my filmmaking career so far.â€

Ironically, Wilkins is reluctant to assume the role of “Spike Lee’s ProtÃ©gÃ©.” ButÂ The Shadow League calls it the wayÂ we blatantly see it. A two-time Emmy Award winner, Wilkins’ accolades come from editing work on commercials for PIX 11 and FOX 59. No stranger to festival circuit awards and stellar professional ethic, he’s worked on numerous acclaimed Spike Lee JointsÂ including “Mike Tyson: Undisputed Truth” (assistant editor),Â “If God Is Willing and da Creek Don’t Rise” (assistant editor),Â and “When the Levees Broke: A Requiem in Four.”