Kenny Leon Talks Denzel, Tupac and 'A Raisin in the Sun' 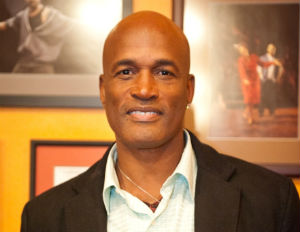 On March 11, 1959, Lorraine Hansberry’s “A Raisin in the Sunâ€ opened at the Ethel Barrymore Theatre at 243 West 47th Street Between Broadway and 8th Avenue in Manhattan.

“What I need an alarm clock for when I got you? Only problem is, I can’t just hit a button and turn you off.â€

Ms. Hansberry’s words that night were uttered by Sidney Poitier, who audiences knew from the screen version of the musical “Porgy and Bess.”

Nearly fifty-five years later, symmetry between that production and the one being directed by Kenny Leon for 14 weeks this spring is hard to ignore. Denzel Washington will play Walter Lee on the same stage in the Barrymore Theatre. Those opening lines, with Mr. Washington’s familiar cadence, are bound to get a ton of laughter and warm the house of 1,058. And today, a black man’s dignity and real questions regarding the validity of his humanity are as pertinent as they have ever been, what with the African American president’s new initiative to invest in the lives of young black men — a kind of social intervention precipitated in part by the unpunished killing of a black boy on a Sunday night in central Florida. Ms. Hansberry, you’ll remember, was born in Chicago –just like Emmett Till.

The cultural relevance of the play’s central question — What happens to a dream deferred? — seems no more lost on Mr. Leon than it did with Ms. Hansberry.

(Inevitably, someone will ask if we interviewed Denzel — we did not. But he did whiz by Mr. Leon and myself in mid-conversation. He said something inaudible and sauntered away, George Jefferson style.)

BlackEnterprise.com: The last time you directed Denzel Washington was in Fences at the Cort Theatre and it was critically-acclaimed and a great success –you walked away feeling good seeing him in the theatre doing August Wilson even though Troy is so prickly. I’m wondering if you see any similarities between Troy Maxson and Walter Lee and if so, how do you explain it? Is there an approach to breaking down Walter Lee for this audience?

Kenny Leon: Actually, you know, Denzel and I had a conversation about that. Troy Maxson is fictionally in 1957, Walter Lee Younger is 1959. So they’re right about the same period. We had a lengthy talk about this question: Is there some Walter Lee in Troy? Is there some Troy in Walter Lee? I think they’re similar, except they’re very different in terms of what Walter Lee can see every day chauffeuring people around. It’s restaurants, banks. But it’s also what’s in the newspaper, as well as conversations he hears in the car about business. He could see more of the American Dream. Troy Maxson was driving a garbage truck and so his vision was more limited. But Walter’s vision was greater. So much so that he had the wherewithal to come home and tell his son that he’s going to build a world for him and that one day he’s gonna go to the best college in the world!

With both plays, you keep asking yourself, ‘What happens to a dream deferred?’ If you apply it to Troy Maxson and Walter Lee as it relates to their relationship with their sons, you can certainly see the difference. But the main difference is that Walter Lee certainly has a larger dream. But they’re both men who are frustrated at being limited by their race in America.

I always wanted to ask you how do you approach directing such complex character traits with these major characters, combined with the fact that Denzel is operating at such a high level, and has so much experience — where do you enter personally with how to direct someone like him?

Well, we talk about who that character is and how some of these challenges manifest themselves. So if you’re seeing the world everyday, but you have to come to a one-bedroom apartment with three women and a young kid, that’s going to suffocate you. That anger has to go somewhere. We kind of just keep exploring and we let Denzel kind of lead us there gradually. We let him explore what it feels like walking into this closed-in environment after he’s just come from seeing the world. What if you have an idea to create a business, but you can’t get that opportunity? It probably manifests itself in everything from the way you eat your breakfast to how you listen to your music to how you storm out of your house — to even the way you sit down and breathe. Fortunately, Denzel is one of the actors in America that can deliver on all of that. He has everything it takes to create a very exciting Walter Lee and all the answers are right there in Lorraine Hansberry’s script. It’s a perfect play.